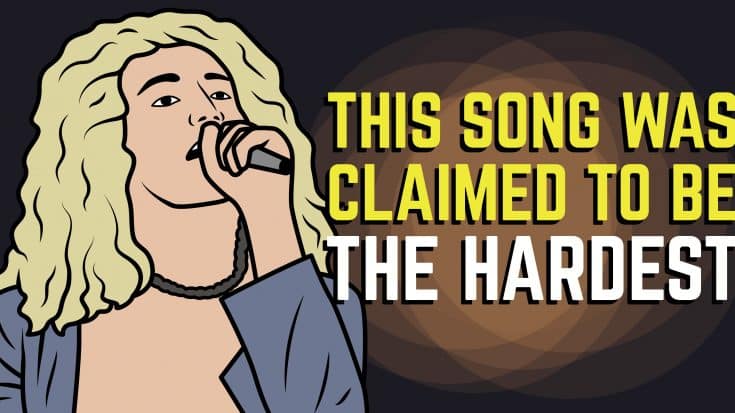 A Hard Song To Record

Featured on Led Zeppelin’s third studio album and released on October 5, 1970, it became a fan favorite during their concerts. Here are interesting facts about this classic:

5. They already performed it live a couple of times before recording it in the studio. One notable performance was at the Royal Albert Hall in London on January 9, 1970.

4. They recorded it live at Island Studios in London with very little overdubbing. Page did his solo in just one take. Guitarist Joe Satriani had nothing but praises for Page. He said, “‘Since I’ve Been Loving You’ was a perfect example of taking a blues structure but striking out on your own. They were breaking ground, not copying. I love that Page would always just go for it. Some other guitarist might have better technique, but what Page did would always trump it because the spirit was so overwhelming. Whatever he did would turn into a technique.”

3. Page injured his finger before they kicked off their Physical Grafitti tour. So, they had to drop this song from their setlist along with “Dazed and Confused”.

1. Page claimed that this was the hardest song to record on “Led Zeppelin III”. Plant also told Mojo magazine, “The musical progression at the end of each verse – the chord choice – is not a natural place to go. And it’s that lift up there that’s so regal and so emotional. I don’t know whether that was born from the loins of JP or JPJ, but I know that when we reached that point in the song you could get a lump in the throat from being in the middle of it.”