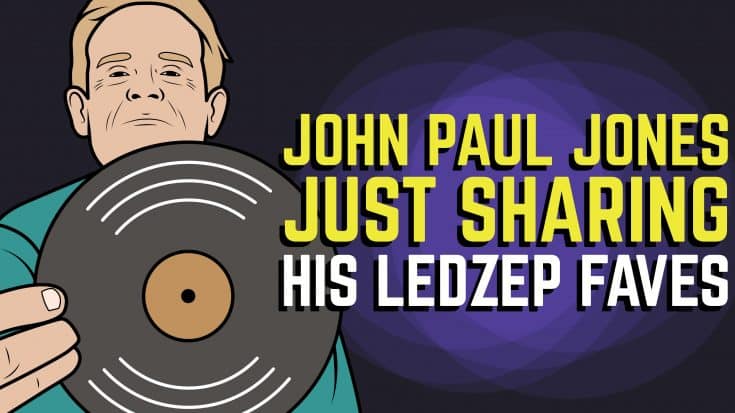 In 2003, Led Zeppelin bassist and secret weapon John Paul Jones appeared on a Swedish TV show for an interview. During the 25-minute conversation, JPJ shares some of his favorite Led Zeppelin songs.

He acknowledged the musical masterpiece ‘Stairway to Heaven’ and basically called it a “Led Zeppelin sampler” because it captured their essence and ethos as a rock band. Any doubt as to whether they deserved their legendary status was gone when they churned out this mammoth song. But JPJ also highlights other essential tracks.

There’s ‘Kashmir’ which he says is “a big favorite” and “a great showpiece as a number”. He adds, “It was just very theatrical.” He then describes ‘When The Levee Breaks’ as “less orchestral, I suppose, more bluesy but great atmosphere especially on the record”. However, he goes for ‘What Is and What Should Never Be’ as his desert island record. He explains, “The way the rhythm comes in, the way the drums come in is just magical, that changing of gear.”

Watch the rest of his interview below.

John Paul Jones is an absolute class act and while he’s content to blend in the background during Led Zeppelin’s heyday, his bass playing served as the backbone to their distinctive sound.