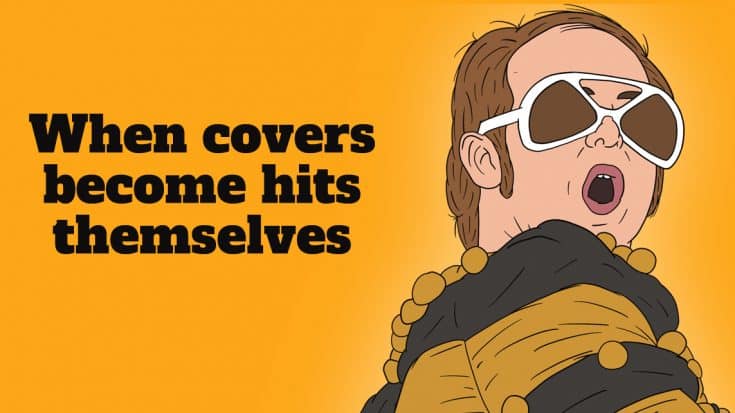 Most Were Recorded Early In His Career

Okay, here’s the thing about Elton John – when he covers the songs of other artists, he mostly remains faithful to the original versions. He doesn’t usually rework the arrangement and yet somehow, he makes it his own. Before he struck gold and made it big, he covered several classics particularly in the late ’60s and early ’70s.

Here are some of his most memorable covers.

5. Spirit in the Sky (Norman Greenbaum)

If we had a list of pairs we never thought would ever collaborate, the one at the top would probably be Elton John and Eminem. But in 2001, they shared the stage at the 43rd annual Grammy Awards with Elton John taking over the vocal duties of folk singer Dido. It was rather controversial at the time because well, Eminem’s lyrics have always attracted controversy. Nevertheless, the pairing worked and in fact, they have been friends for two decades now.

3. Come and Get It (Badfinger)

Written by Paul McCartney, he also recorded a solo demo of the song and produced Badfinger’s recording. They’re both slower than Elton John’s version but they’re all enjoyable and fun to listen to.

Elton John was still relatively unknown when he took on this track. He tweaked some of the lyrics and overall, it’s hauntingly lovely.

Originally featured on Creedence Clearwater Revival’s 1970 album “Cosmo’s Factory”, few artists actually covered this but out of all the other versions out there, it’s Elton John’s that stands out.