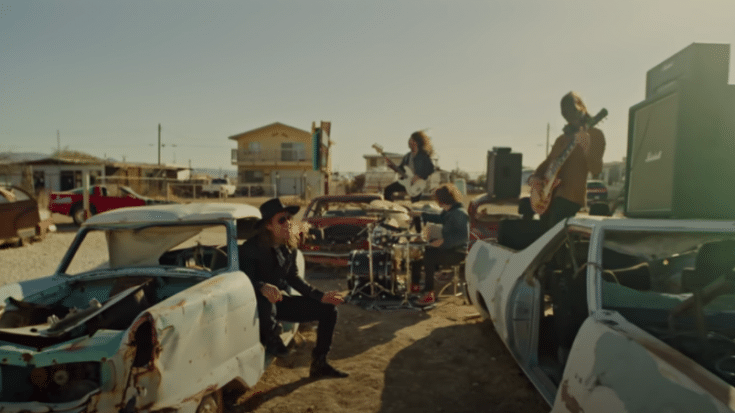 Rock is not dead. It may have taken a backseat for the past few years especially as crappy music dominated MTV, YouTube, and streaming platforms. But with the influx of modern bands drawing inspiration from their classic rock heroes, the genre is definitely alive and kicking.

Let’s take a look at the next generation of rockstars.

You have to hand it to these guys, they received so much flak and hate for sounding like Led Zeppelin in their debut EP but they overcame all that and showed resiliency. Their second studio effort, The Battle at Garden’s Gate, surprised us because it’s a quantum leap in terms of songwriting and musicianship. Let’s not forget how they sound so much better and look much more confident. They definitely found their sound and while Greta Van Fleet will always be compared to the biggest ’70s rock acts, they’re keeping rock alive and that’s what matters.

Formed in 2017, Dirty Honey’s single “When I’m Gone” took the top spot of the Billboard Mainstream Rock Songs chart – they were the first unsigned band to do so. They covered the Aerosmith classic “Last Child” and got the stamp of approval from bassist Tom Hamilton when he tweeted that their rendition is “really good”. Dirty Honey just released their debut studio album and yes, you need to check it out because their songs will take you back to the rock ‘n roll’s golden era.

The Cold Stares are serving raw rock ‘n roll and we’re here for it. What separates them from other musicians is their songwriting. The duo mostly writes about themes and topics they have personal knowledge about which only adds authenticity to their music. “There’s not really anything that bothers me to talk about,” singer-guitarist Chris Tapp explains. “When you don’t allow yourself to be human and say what’s happened to you, then you make other people that are going through tough shit think that they’re alone.” Their songs are heavy and they definitely pulled out all the stops for their latest recording.

You’ve probably come across Blacktop Mojo a few years back because their “Dream On” cover went viral. And while their take on the Aerosmith track is excellent, their original music is just as amazing. Hard-hitting and groovy songs with stellar vocal performance, Blacktop Mojo deserves a listen or two for sure. They’re set to release their fourth studio album which you can preorder today.

They call themselves “a band of old souls”. In late 2020, they released their new EP and throughout the pandemic, they’ve had a couple of livestreaming events. For 2021, they already have scheduled shows which you can check out on their website.