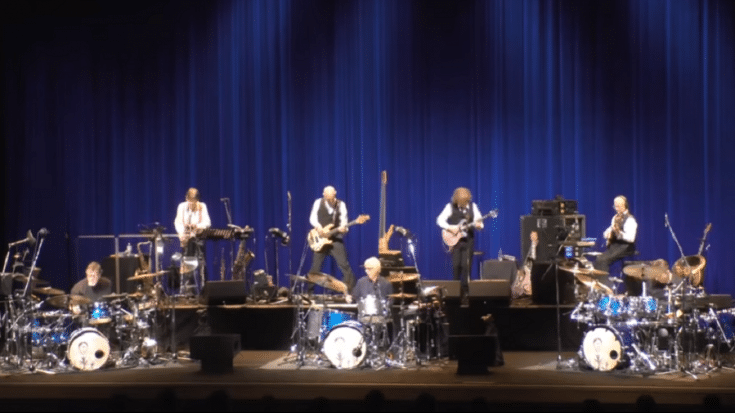 King Crimson was integral to the development of progressive rock, influencing countless musicians who followed them. They arrived into the music scene with a stunning and epic masterpiece – their debut album “In the Court of the Crimson King.” They had a couple of great records after but nothing ever came close to their first LP and it became the standard by which all others were measured.

As a tribute to this innovative, revolutionary, and influential group, here are their five best songs:

One of their best compositions but criminally underrated, it’s slow and peaceful. Ian McDonald plays the flute beautifully throughout the track. It’s rather deep and mind-blowing.

4. The Court of the Crimson King

It was unlike any other song at the time and it’s a perfect way to wrap up their debut album. It’s haunting and gloomy, dark and moving. Clocking in at over nine minutes, it’s spectacular and addicting. It also holds up well even after all these years.

It captured their ethos as a band. Captivating from start to finish, it’s one unforgettable musical journey. Robert Fripp and Bill Bruford didn’t like the song at first though. Good thing they revisited it later. The musicianship and execution are both top notch. The vocal performance is also superb.

Packs a lot of punch, King Crimson raised the bar in rock music with this song. It’s powerful, it’s precise, and it showcased the band at their absolute best. One sonic assault after another, The Who’s Pete Townshend remarked: “Twenty first century schizoid man is everything multitracked a billion times, and when you listen, you get a billion times the impact. Has to be the heaviest riff that has been middle frequencied onto that black vinyl disc since Mahler’s 8th.” This influenced musicians from various genres such as Ozzy Osbourne, Flaming Lips, and Kanye West.

A masterpiece through and through. With an apocalyptic theme, it has that otherworldly feel. It’s on a whole another level. It’s chilling how beautiful it is. According to Greg Lake, “‘Epitaph’ is basically a song about looking with confusion upon a world gone mad. King Crimson had a strange ability to write about the future in an extremely prophetic way and the messages this song contains are even more relative today than they were when the song was originally written.”