5 Behind The Scene Facts About The Beach Boys’ “Caroline, No” 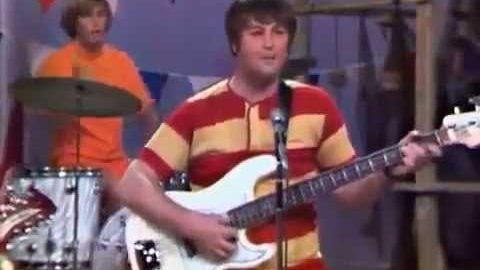 “Caroline, No” by The Beach Boys has some interesting facts behind it, here are some five of them that you’ll be surprised to know,

1. Brian Wilson’s favorite
Along with “In My Room,” “Surfer Girl” and “God Only Knows” that The Beach Boys released, Wilson believes “Caroline, No” is one of their successful ballads and his favorite track on Pet Sounds. He also considers it among the finest songs he ever wrote and described it as, “sweet, pretty, angelic songs that people like.”

It was covered by a lot of artists including English rocker Jeff Beck.

2. Wilson and Asher team-up
“Caroline, No” is just one of the 14 songs Wilson and lyricist Tony Asher wrote together, 8 of them are for The Beach Boys, including “God Only Knows.” When the pair wrote “Caroline, No”, it was very personal for the both of them.

Wilson married his first wife, Marilyn, in December 1964, and the couple was going through many changes in their relationship. In the notes for the reissued album, Wilson explained: “We were young, Marilyn nearing 20 and me closing in on 24, yet I thought we’d lost the innocence of our youth in the heavy seriousness of our lives.”

3. The girl behind the song
“Where did your long hair go? / Where is the girl I used to know?”

The first line in the song was inspired by Asher’s personal experience during the time he broke up with his girlfriend Carol, who moved across the country to New York City. When Asher visited her, he was struck by how much she had changed specifically with her new haircut.

Asher wrote a lyric in the song as “Carol, I Know,” which Wilson interpreted as “Caroline, No,” which both men agreed was a much more interesting title.

4. Wilson going solo
Brian recorded “Caroline, No” without the rest of the group. On the single it’s listed as “Brian Wilson,” not “The Beach Boys.” But on the album Pet Sounds, although Wilson was the only member of the band to appear on the track, it was credited as The Beach Boys and was released May 16, 1966. Prior to that, Wilson released the song as his debut solo record on March 7, 1966.

5. On Pet Sounds
“Caroline, No” was the last song on the original version of the Pet Sounds album. At the end of the song, the sounds of a passing train and barking dogs come in. The train came from a sound effects reel, but the dogs were original: Brian Wilson brought his pooches Banana and Louie into the studio and recorded their barks. This was done to tie in the “Pet Sounds” concept.