5 Behind The Scene Facts About Kansas’ “Carry On Wayward Son” 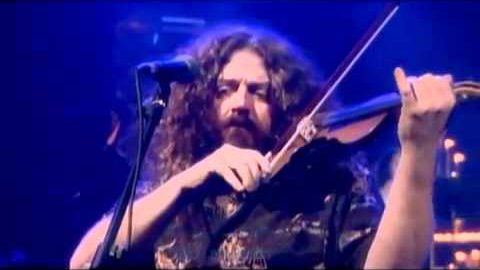 Kansas’ “Carry On Wayward Son” is definitely an iconic song and it has some very interesting and inspirational facts behind it, here’s five of them:

1. Kerry Livgren’s words
Lead guitar player and lyricist, Kerry Livgren wrote “Carry On Wayward Son” just two days before they started recording Leftoverture. According to him, he didn’t write the song to express anything specifically religious, though it certainly expresses spiritual ideas.

In 1980, Livgren became an evangelical Christian and has said that his songwriting to that point was all about “searching.” Regarding this song, he explained:

“I felt a profound urge to ‘Carry On’ and continue the search. I saw myself as the ‘Wayward Son,’ alienated from the ultimate reality, and yet striving to know it or him. The positive note at the end (‘surely heaven waits for you’) seemed strange and premature, but I felt impelled to include it in the lyrics. It proved to be prophetic.”

2. “The Pinnacle” continuation
“I stood where no man goes / Above the din I rose / Life is amusing though we are losing / Drowned in tears of awe”

This last verse of the “The Pinnacle” can be a continuation to the first line of “Carry On Wayward Son”,

“Once I rose above the noise and confusion.”

As the word “din” means “loud, unpleasant, confused noise which lasts for a long time.”

3. Kansas’ big hit
“Carry On Wayward Son” was the band’s first major hit, and like their next one, “Dust In The Wind”, it was a last minute addition to the album.

In reality, the song was almost not included on the album, and thus contributes to the album’s title of Leftoverture which gone platinum five times.

The song became the band’s first Top 40 hit (peaking at #11), and is often regarded as one of the greatest rock songs of all time.

4. Soundtrack in films and series
“Carry On Wayward Son” has appeared in several movies, including Heroes (1977), Happy Gilmore (1996) and Anchorman – The Legend of Ron Burgundy (2004).

It was also featured in the South Park episode “Guitar Queer-O.” In the episode, Stan and Kyle become obsessed with the video game Guitar Hero and often play to “Carry On Wayward Son.” The song is played throughout the episode.

This was also used on The Office in the season 3 episode “Cocktails.” It plays as Roy and his brother trash a bar after Roy learns about Pam and Jim’s kiss.

And lastly, it’s considered as the unofficial theme song of the CW series Supernatural, and is featured in all 15 seasons of the show as the anthem of the Winchester brothers.

5. How the song saved the band
Lead singer and keyboard player, Steve Walsh, began suffering from writer’s block which hindered his songwriting contributions, and so it was left up to Livgren, to generate song ideas and lyrics.

At that point, the band was polishing the songs they had, not bringing in new ones. Until Livgren told the band,

“I’ve got one more song that you might want to hear,”

and they knew it was a hit and made it the lead track on the album.

In late 2011, Livgren stated in a short interview at his home that the lyrics were partially about himself and the struggles and pressures he was facing at the time when the band’s career was on the line. The chorus expresses hope that everything will work out and that he must simply keep going.

“Carry on, my wayward son / There’ll be peace when you are done”