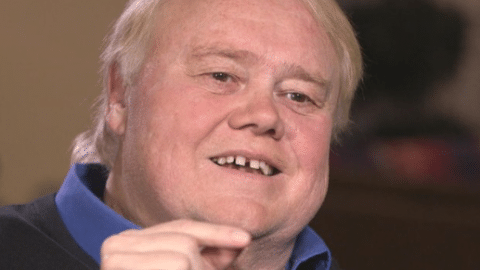 Very sad news keeps coming in today as we have now learned that comedian, TV personality, and actor Louie Anderson has passed away at the age of 68. His career spanned over 4 decades and you might remember him as the host of Family Feud for a bit and also his show “Life With Louie”. He won an Emmy for his role in the television series “Baskets” as well.

BREAKING: Emmy-winning comedian Louie Anderson has died of complications from cancer, his publicist said. He was 68.
https://t.co/0rlR0gkQnK

It appears Anderson had died from complications from cancer and had been treated for Diffuse large B cell lymphoma.

“Born in St Paul Minnesota, the three­-time Emmy Award winner was one of the country’s most recognized and adored comics. His career spanned more than 40 years. He was a bestselling author, star of his own standup specials and sitcoms.”

BREAKING: Louie Anderson, whose four-decade career as a comedian and actor included his unlikely and Emmy-winning performance as mom to twin adult sons in the TV series “Baskets,” has died at age 68. https://t.co/NQsZPNMQpq

Louie Anderson had such a unique style of comedy and just an original overall.