5 Amazing Bands That Every Classic Rock Fan Should Be Required To Know! 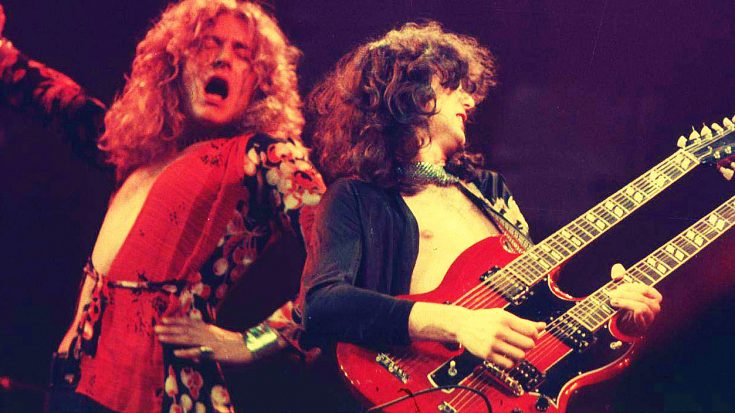 If you’re a fan of Led Zeppelin, Janis Joplin, AC/DC or Otis Redding, this band is for you! Alabama Shakes formed in 2009, and have so far released two albums that have received incredible praise! Fronted by Brittany Howard, who’s voice and guitar playing skills are top-notch, the band draws influence from 70’s rock, with gritty and melodic vocals. If you were a fan of Robert Plant’s voice on “Immigrant Song” or Janis Joplin’s voice in general, you have to give this band a listen. It’s a perfect blend of rock and blues! Check out their hit “Don’t Want To Fight,” down below!

There are very few artists out there that can boast they inspired Pink Floyd. Believe it or not, Tame Impala frontman Kevin Parker is allowed to do so. That’s right, Kevin was a major factor in the making of Pink Floyd’s 2014 instrumental masterpiece The Endless River. Even David Gilmour himself proclaimed in an interview that Kevin is a “pioneer of psychedelic rock.” That’s some pretty high praise! If you’re a huge fan of Pink Floyd, The Beatles and The Beach Boys, you have to give Kevin’s band Tame Impala a listen. The band seriously sounds like it came straight from the dark side of the moon, with dreamy psychedelic synths and guitar, groovy bass and space-like drums. It’s so clean, and sounds straight out of a 60’s LSD trip. Check out their song “Eventually,” and go from there!

Australian trio Wolfmother have been around for over 15 years. The band’s first record in 2005 saw incredible success, and launched the band to worldwide stardom. Their songs “Joker and the Thief” and “Women,” were featured in numerous commercials, movies and all across pop culture.Metallica drummer Lars Ulrich claims to be a huge Wolfmother fan, saying he listened to their debut album every day after its release. Although the band has undergone some lineup changes, frontman Andrew Stockdale has kept the band true to their 70’s rock roots. Drawing musical inspiration from Led Zeppelin and vocal inspiration from Black Sabbath, their sound (also dubbed as “stoner rock”) will take any classic rock fan back to the heart of hard rock in the 70’s. Check out all of their work, but check out their song “Colossal” off of their debut album for starters.

Another trio that is definitely worth a listen! Muse have actually been around for a very long time. Hailing from England, Muse formed in 1994. The band have drawn comparisons and inspiration from all over the rock n’ roll map, including Queen, Pink Floyd, Yes, Metallica and Rush just to name a few.  The distorted bass lines, the hard-hitting drums and technical guitar sounds allow the band to experiment with all different types of genres and sounds. Lead singer and guitarist Matt Bellamy’s lyrics are deep, complex and intellectual, making references to politics, the government and issues around the world. Muse’s albums are mostly concept albums, with grand themes and well though-out ordering of their tracks. Best place to start with Muse is listening to their album Black Holes and Revelations, and going from there. Check out their song “Knights Of Cydonia” down below!

1. Queens of the Stone Age

Queens of the Stone Age are a simple rock band, in an incredibly unique way. Their lyrics are dark, yet extremely deep. Lead singer Josh Homme grew up in the desert, therefore a lot of his lyrics hold a desert-like theme. So much, that they’re style is often coined as “desert rock.” QOTSA draw inspiration from Led Zeppelin, Black Sabbath and Grand Funk Railroad. Homme’s vocals have drawn comparisons to Elvis, which has led to his nickname being “Ginger Elvis,” a reference to his red hair. Homme has always had a respect for classic rock, and classic rock musicians. As a side project he formed a super group called Them Crooked Vultures with Dave Grohl from Nirvana and the Foo Fighters, and John Paul Jones from Led Zeppelin. If you enjoy QOTSA, you’ll have to check them out as well. Check out Queens of the Stone Age’s hit “No One Knows” down below, and work from there!