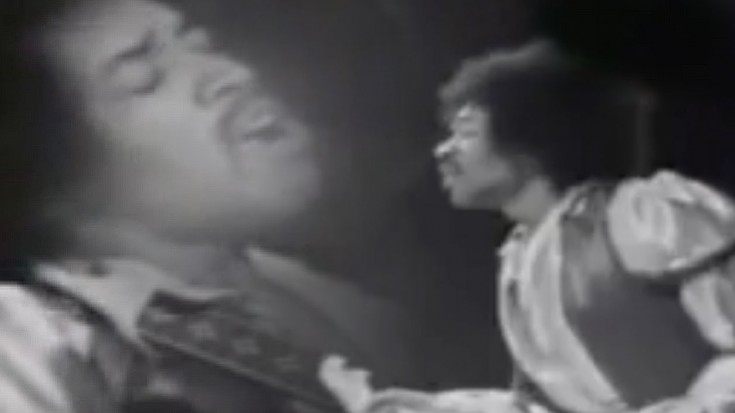 Iconic guitarist Jimi Hendrix took London by storm in 1966 with his first ever UK gig, slaying hit “Sunshine Of Your Love” and dedicating the performance to none other than Cream, the creators of the song.

“We’re going to stop playing this rubbish and dedicate a song to Cream regardless of what kind of group they be in. Dedicate this to Eric Clapton, Ginger Baker, and Jack Bruce.”

Starting off in Seattle, Washington John Allen, or James Marshall Hendrix, was not anticipating the talent would take him all the way to the UK, where he became an inspiration and rock god forever.

Interesting Fact: As the headliner of the Woodstock festival, Hendrix received $125,000 – the highest fee of any performer.

As we remembered the anniversary of Jimi’s death over a week ago, we dedicate this day: October 1, 2015 to remembering Jimi’s first ever UK performance, launching him into the unreachable and legendary degree of rock in which he will remain forever.

Jimi may have dedicated his “Sunshine Of Your Love” performance to Cream, but we dedicate this day to him and his overwhelming success.

+ Sunshine Of Your Love Lyrics +

I’ve been waiting so long
To be where I’m going
In the sunshine of your love.

I’ve been waiting so long
To be where I’m going
In the sunshine of your love.