45 Years Ago: Davy Jones Appears On ‘The Brady Bunch,’ And We’ve Never Been More Jealous Of Marcia 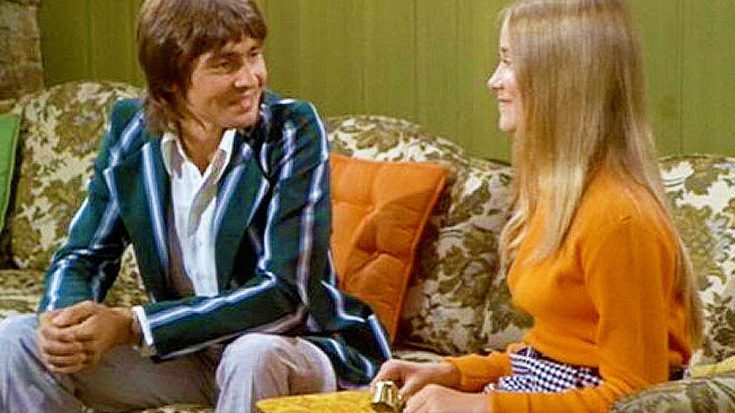 Okay, okay – we loved The Monkees, but no one loved The Monkees quite like Marcia Brady of hit seventies sitcom The Brady Bunch – more specifically, late Monkee Davy Jones. With his great hair, sparkling brown eyes, and devastating English accent, it’s easy to see why Marcia Brady and so many other teens like her were reduced to squeals and giggles when he appeared and we all remember the episode, ‘Getting Davy Jones,’ that aired on December 10, 1971 that chronicled Marcia’s struggle to get the pop star to perform at her high school’s senior prom.

After having foolishly promised a Davy  Jones performance to her fellow classmates, Marcia miraculously came through on her promise after sneaking into a recording session and being overheard by Jones, who stopped by the Brady household and saved the day – not before asking Marcia to the senior prom and scoring two chaste cheek kisses, though! In that moment, we were all Marcia Brady: young and in love with our teen idols, and Davy’s appearance both left us green with envy and gave us hope that maybe one day we, too would find ourselves side by side with our own celebrity heartthrobs. Relive the magic of Marcia’s big moment in the video below!