Metallica Crushed A Major Milestone Over The Holiday Weekend 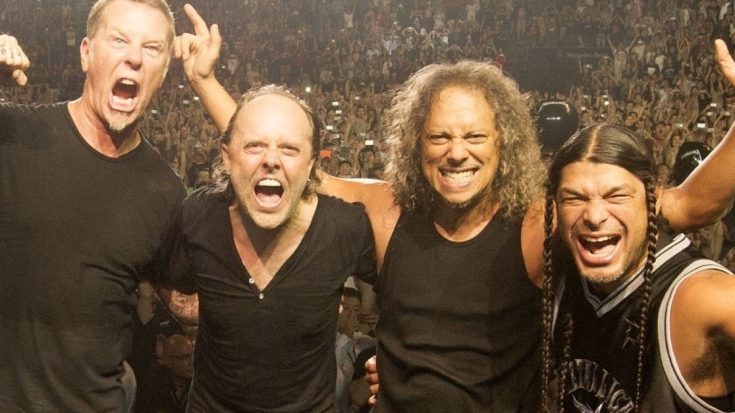 Thanksgiving was last week and we all had a great deal to be thankful for, but it’s pretty safe to say that as the guys in Metallica sat around their respective dinner tables that night, they had a little something else to be grateful for this season: the success of their brand new album Hardwired…To Self Destruct, which sailed past the 300,000 sales mark and reached the coveted #1 slot on the Billboard 200 chart.

Released on November 18th to great fanfare, Hardwired…To Self Destruct is Metallica’s 10th studio album and the band’s 6th studio album to snag the Billboard 200’s number one slot, joining the ranks of Metallica (1991), Load (1996), Reload (1997), St. Anger (2003) and finally, 2008’s Death Magnetic. The fun doesn’t stop there: not only is Hardwired…To Self Destruct one of the top selling albums in the United States, it’s the #1 album in 57 countries across the world and going Top 3 in 75 nations and Top 5 in 105 countries, as revealed by Metallica last week.

In an age where rock and roll is a dying art and our legends are being rewarded for their talents less and less, this is a tremendous win for the rock world – and one that we’re more than happy to raise a glass and celebrate. Congratulations, Metallica!