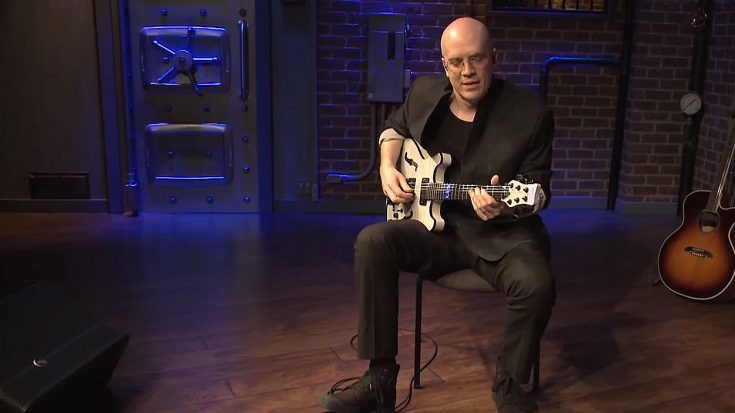 This Guy Just Raised The Bar For Guitar Players!

In the past few years, EMG TV (a youtube series) has been responsible for showcasing some of the best guitarists in the world and their performances. For some guitarists, it’s been their breakthrough performance.

That’s not necessarily the case here, but there’s no doubt that this footage certainly went viral. It also helps that the man here with the guitar is one of the best guitarists in all of progressive metal!

The video you’re about to see is a guitarist by the name of Devin Townsend break out his unique guitar and play a track he wrote called Willy Wanka. The track is an instrumental and as you can imagine, it’s simply awesome!

What makes this performance great is its many different sections, starting off slow, then building to a peek whilst covering multiple genres. This guy is truly phenomenal. See for yourself!