41 Years Ago: Lynyrd Skynyrd Bring The Heat With A Sweltering Spin On “Sweet Home Alabama” 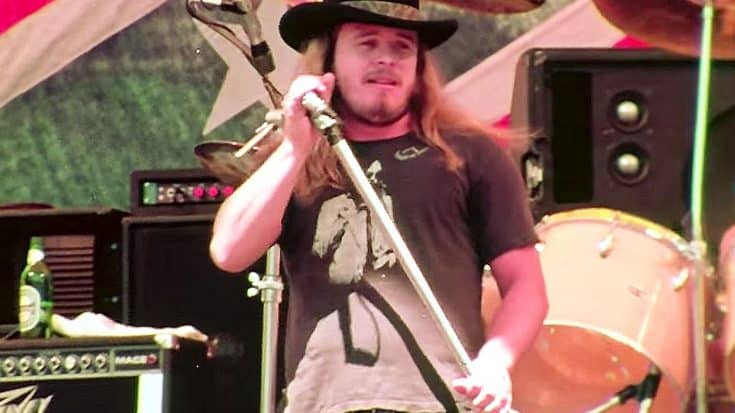 On a sweltering Saturday in July of 1977, Jacksonville’s hometown heroes Lynyrd Skynyrd took the stage at California’s Oakland Coliseum for the now defunct Days On the Green as part of their hotly anticipated Street Survivors tour. While their set that day was met with a throng of screaming fans, it was no doubt their rip-roaring rendition of “Sweet Home Alabama” that stole the show that day and catapulted the band into legend for what was yet another career defining performance.

Written in 1973 and featured on the band’s second album Second Helping, “Sweet Home Alabama” was Lynyrd Skynyrd’s fiery response to Neil Young’s “Southern Man” and “Alabama” – two songs deeply critical of Southern politics. It’s been a crowd favorite for over four decades, and if ever there was an anthem that defined a band, this is it!

Fun Fact: Despite the inspiration behind “Sweet Home Alabama,” Lynyrd Skynyrd and Neil Young were great admirers of each other – in fact, Ronnie is even wearing a Neil Young t-shirt in this performance!

It’s been 40 years since this iconic performance, and we still can’t stop talking about it; Ronnie Van Zant was absolutely electric, the picture of Southern rock with his signature hat cocked just over his eyes and padding around the stage barefoot, bringing to California a brand of southern comfort it never knew it needed. Nothing says Southern rock quite like “Sweet Home Alabama,” and this Lynyrd Skynyrd classic is sure to get you movin’!