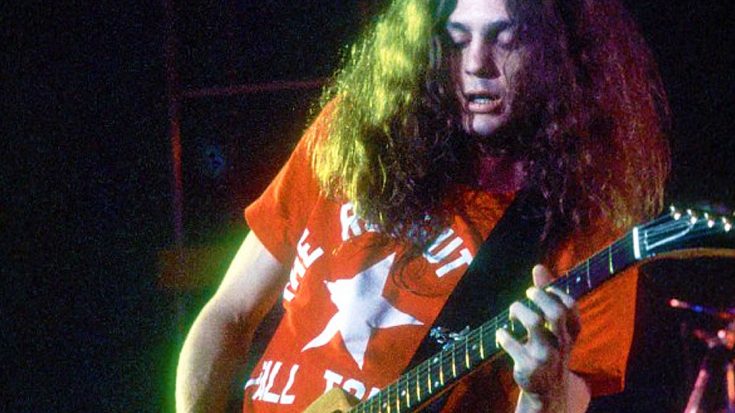 The Stuff Dreams Are Made Of

As fans of rock and roll, it’s so easy to get caught up in how much we love our favorite bands and artists that we forget sometimes that they’re even bigger fans of rock and roll music than we are – that’s why they get on stage night after night! Like us, they’ve got their heroes and idols that encouraged them to pursue an impossible dream and make it a reality and they get just as starstruck at the thought of meeting their heroes as we do them.

For late Lynyrd Skynyrd guitarist Allen Collins, the pinnacle of guitar playing perfection was none other than former Cream, Blind Faith and Yardbirds guitarist Eric Clapton, whose bluesy, fleet fingered playing style shaped the way Allen approached guitar and crafted some of Lynyrd Skynyrd’s most iconic guitar parts – so we’re positive that the idea of one day owning a rig once belonging to Eric Clapton was at the top of Allen’s rock and roll bucket list!

You’ve definitely seen Allen Collins with his ’58 Gibson Explorer, but did you know he bought it from Eric Clapton? #music #guitar

Clearly, dreams really do come true because exactly 40 years ago, Allen was able to check that off of his list when a chance encounter resulted in him actually buying Eric’s ’58 Gibson Korina Explorer in 1976, ditching his Gibson Firebird and falling in love with what would become his main guitar for the next several years.

After years of making Allen one of the happiest men on earth, his Gibson Korina Explorer now sits in the Rock and Roll Hall of Fame where it belongs and while it makes us a little sad to know that it’ll likely never be played again, we’re sure that Allen would be absolutely elated to know that one of his wildest dreams come true is on display for some kid from the next great American rock band to gain inspiration from!