36 Years Later, This Was Brian Johnson’s Final AC/DC Show – And It Rocked 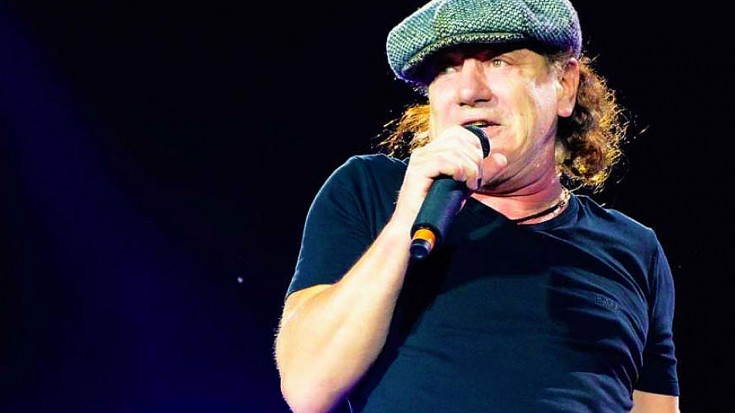 Shortly after a heartbroken Brian Johnson issued an official statement regarding his departure from AC/DC, footage surfaced of his final show as the lead singer for AC/DC – and we’re not kidding when we say it left us a little teary eyed! Shot at AC/DC’s February 28th show at Kansas City’s Sprint Center courtesy of YouTuber Flick Man, this footage feels like a goodbye or at the very least a “see you later” from Brian as he makes his way through “For Those About To Rock (We Salute You)” for the last time; whether he knew his hearing diagnosis was only a matter of hours away or not, we don’t know.

Fun Fact: Bon Scott was a huge fan of Brian, and it was Bon’s admiration for Brian’s vocal abilities that made him the first and only choice when AC/DC was searching for a new singer.

One thing, however, is clear – as with everything he did with AC/DC, Brian gave this performance of “For Those About To Rock (We Salute You)” his all and if this was to be the end of his career as a live performer, then he left us like a rockstar and with his blessing to continue the spirit of rock and roll that he’s kept burning for 36 years.

To the man who rocked us for 36 years…we salute you.