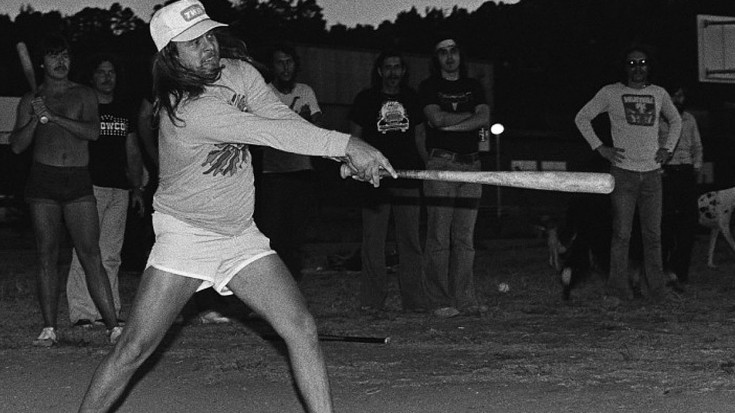 Long before Ronnie Van Zant was rocking stages around the world as Lynyrd Skynyrd’s larger than life frontman and Southern rock’s most celebrated poet, the Jacksonville native had another dream – one that as a child he dreamed would take him to wonderful places and had it come true, would have completely re-written history as we know it.

According to Ronnie and those who knew him best the Lynyrd Skynyrd singer wanted to be a pro baseball player at one time, playing American Legion Baseball for years and being such an absolute natural on the baseball field that for a minute, it looked like he was headed to the Minor Leagues!

In a 1975 interview, Ronnie revealed how he very nearly came to rock centerfield instead of center stage:

“I went as far as playing American Legion ball. The next stop would have been AA (minor league baseball).

I played centerfield. I had the highest batting average in the league one year and a good arm – you’ve got to have a good arm to play outfield,” explained Ronnie.

Baseball may have been Ronnie Van Zant’s great love, but ultimately his passion for music prevailed when a chance meeting on a Jacksonville baseball diamond introduced him to his future bandmates Gary Rossington and Bob Burns. The rest, as they say, is history.

As much as we would have loved to see Ronnie on a baseball field, we can’t imagine him being anywhere but where he belonged: onstage.