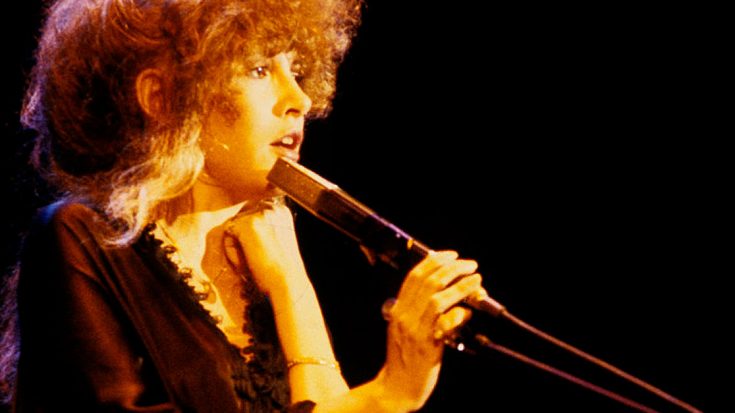 Despite being on fragile ground following the release of 1979’s Tusk, Fleetwood Mac fans found a hidden gem with ‘Sara’ – a song written by Stevie Nicks, presumably about her pregnancy and subsequent abortion during her relationship with Eagles singer Don Henley. It’s a nod to Rumours-era Fleetwood Mac, yet still hints at the experimental sound of Tusk with a combination of intricate drum work performed by Mick Fleetwood and the most intensely personal lyrics ever written by Stevie Nicks.

In late 1979, the band embarked on their highly anticipated Tusk tour that despite being tumultuous and very nearly the undoing of Fleetwood Mac, produced live shows that were so absolutely gorgeous you’d have given anything to attend just one. If you’re like us, you were born a little late to the party and missed out; luckily, we’ve got footage from one of our favorite shows, with a dazzling 31-year-old Stevie Nicks leaving it all on the stage for “Sara”.

Fun Fact: Stevie Nicks was sued by a fan who alleged that ‘Sara’ was plagiarized in 1980. She later dropped the suit after Stevie proved that she wrote and recorded it long before the fan did.

For a band not sure of what their future held after Tusk’s lukewarm welcome and the beginnings of self-destructive behaviors that threatened to undo all they’d built, Fleetwood Mac hit this one out of the park – Stevie Nicks delivers one of the most honest vocal performances of her career, sounding equal parts secure and terrified of what the future held, and we’re so glad the band finally let us hear this hidden gem!