Bet You Can’t Guess The Eagles’ Surprising Connection To The Kardashians! 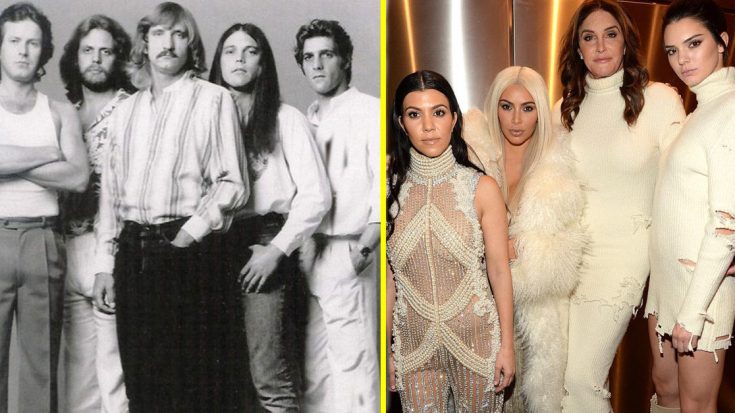 It’s Okay – We Couldn’t Believe It Either

We love the Eagles – which means that by extension, we’ve never watched Keeping Up With the Kardashians and couldn’t tell you their names with a gun pointed to our heads. That being said, hold onto your hats, because believe it or not, the Eagles and the Kardashians are connected.

It’s okay, we couldn’t believe it either.

Though you’ll likely never hear “Hotel California” played on the show or see him drop in for Sunday dinner any time soon, former Eagle Don Felder is father-in-law to Brandon Jenner – son of former Olympian Caitlyn (formerly known as Bruce) Jenner and husband to Don’s daughter Leah since 2012. The husband and wife team grew up friends and formed their indie pop musical duo Brandon & Leah while in high school, and regularly appear on Keeping Up With the Kardashians.

As much as we hate the idea of sitting through an episode of the show, we’d be lying if we said we didn’t want to know what family dinners look like!