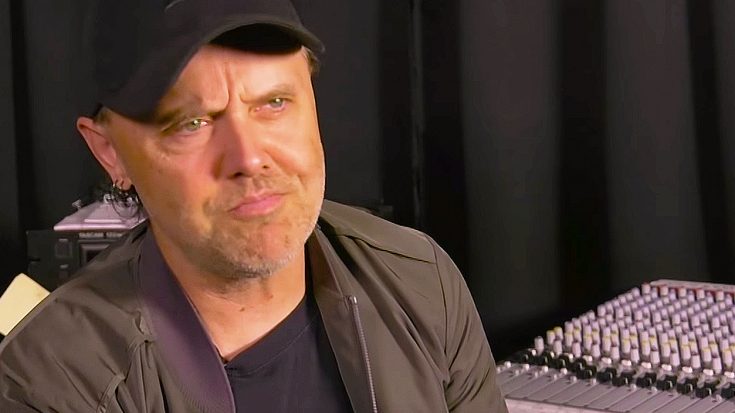 Metallica has released a new book titled Metallica: Back to the Front. The book is a collection of never before seen pictures, and details surrounding the band’s recording of Master of Puppets in 1986. There are many unseen photos and stories of late-bassist Cliff Burton throughout the book, and recently the band gathered for an interview discussing Cliff’s unseen photos and his impact on the band. During the interview, every band member was emotional, especially Lars Ulrich and Kirk Hammett.

In the video, Kirk struggles to keep it together while discussing Cliff, and Lars has just as hard of a time as well. It’s a beautiful interview and tribute, and truly shows that Cliff meant so much to these guys!

James Hetfield also praises Cliff’s father Ray Burton for keeping a strong relationship with the band, even after his son’s death. James says that when he grows up, he wants to be Ray Burton, and admires him as a wonderful role model! Another great moment in the video is Robert Trujillo discussing Cliff’s impact on his audition for Metallica following his passing. You can tell that Robert is extremely honored to carry on Cliff’s legacy!

Watch the beautiful video down below, but also grab some tissues just in case! R.I.P. Cliff!