3 Drummers Honor Buddy Rich With A Synchronized Drum Solo And The Result Is Phenomenal! 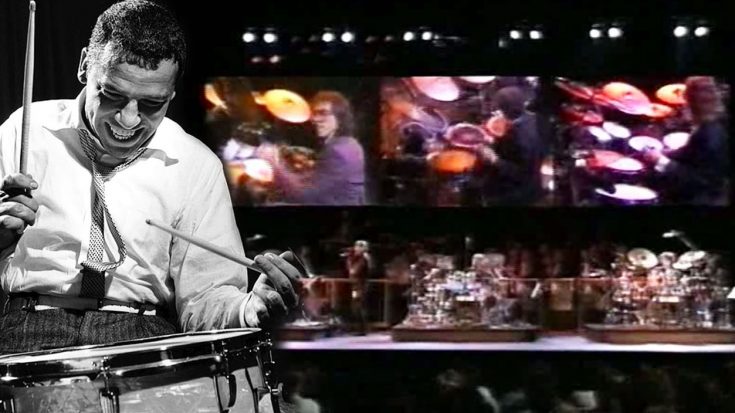 If you haven’t heard of Buddy Rich, here’s just a few key points that I think will paint a clear enough picture. Buddy Rich was actually a big band swing jazz drummer that started his career in the 1930s. Over the years he continue in this style of music and would gain MAJOR popularity across the country, especially among fellow musicians. He passed away in 1987, but to this day, TO THIS DAY, he is widely regard as one of the (if not THE) greatest drummers ever. Even some of the most hard-rocking heavy metal drummers consider him as their #1 influence on their playing.

Shortly after Buddy Rich’s death, a tribute concert was held in his honor, and based on the video you’re about to see, he would’ve been proud! What you’re about to watch is a video in which three legendary drummers, Vinnie Colaiuta, Steve Gadd, and Dave Weckl, take to the stage to perform a three man drum solo to honor Buddy Rich’s memory. Without giving too much away, these drummers put on an absolute masterclass. Don’t believe me? See for yourself!