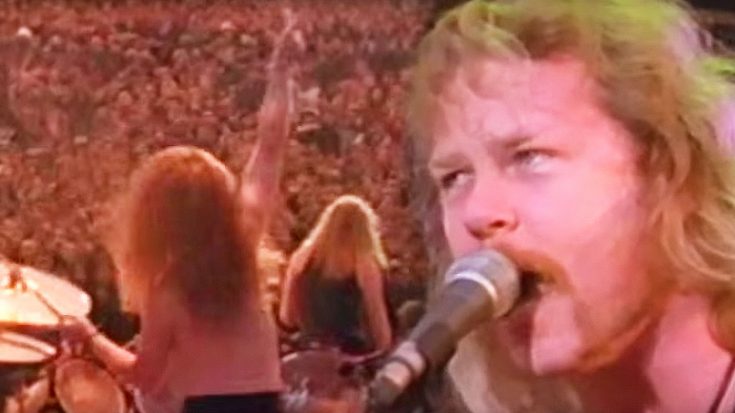 Possibly the best metal album of all time

Twenty-five years ago today, one of the most impactful, and recognizable metal albums was released. August 12th, 2016 marks the 25th anniversary of Metallica’s fifth studio album. The album was self-titled, however over the years has been commonly known as The Black Album, in reference to the album’s plain black sleeve, monochrome tones and basic display. Originally, it was drummer Lars Ulrich’s idea for the simple and basic theme. Ulrich remembers looking at metal albums and seeing these colorful album covers with cartoon characters, and blood and guts. Ulrich wanted to get as far away from that as possible, which sprung the idea of a pitch black and simplistic color, with only the band’s name and the coiled snake which are hardly visible. The coiled snake represents the old “Don’t Tread on Me” flag, which is also the title of a song on the record.

The album’s opening track, “Enter Sandman,” became one of the band’s biggest hits of all time. The album became Metallica’s first to top the Billboard Top 200 charts, and has since spent 363 weeks on the charts, making it one of the longest album runs in history. The album has sold over 16.5 million copies in the U.S. making it 16x certified platinum. The album is definitely one of Metallica’s best, and could possibly be considered one of the best metal albums of all time.

In celebration of this wonderful album, watch Metallica perform “Enter Sandman” down below!