2- Year- Old Dancing To “Jailhouse Rock” Is The Cutest Thing You’ve Ever Seen! 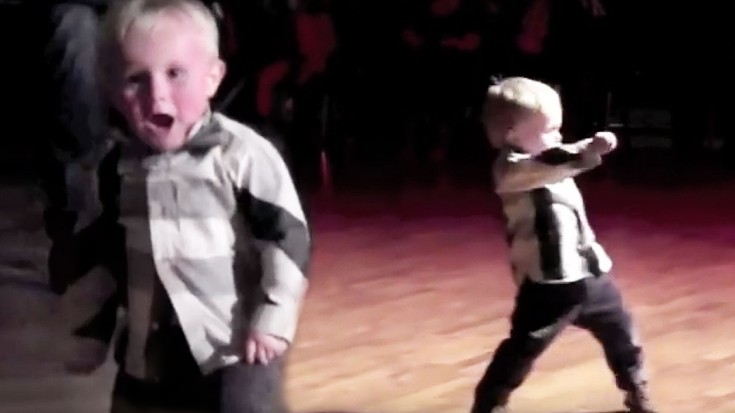 There Is Nothing Cuter!!

Check out little William Stokkbroe, the cutest 2- year- old in the entire world. Rockin’ and jivin’ along to Elvis Presley favorite “Jailhouse Rock,” William has the crowd on its feet with his adorable dance moves, facial expressions and rhythm.

“Let’s rock; everybody, let’s rock, everybody in the whole cell block was dancin’ to the Jailhouse Rock!”

It is clear that William’s family are the ones taping this precious display of culture and musical expression due to the laughter and chatter in the background, however, William manages to conjure a complete circle of people with the spotlight on his cute little face.

Interesting Fact: “Jailhouse Rock” was #1 on the US pop charts for seven weeks, and also reached #1 on the country and R&B charts. In the UK, it entered the charts at #1, becoming the first song to do so.

On top of it all, William’s bow to the crowd has to be the sweetest, cutest thing we have ever seen in our lives. Even at the young age of 2 he is aware of the magic he just created and shared with the crowd and you can tell he is genuinely proud of himself. So are we!

Our lives honestly just got a little better by watching this and we can’t for it to start a smile on all of your faces! Enjoy!