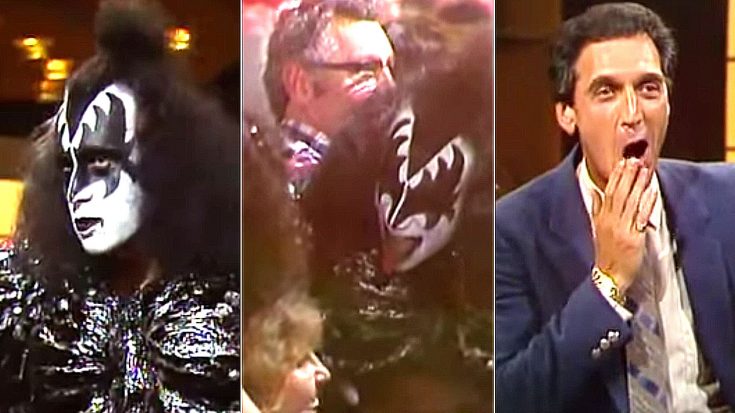 Who Let KISS Loose On A Television Studio Set!?!

Now we’ve talked about KISS plenty of times, here. They are wildly successful, crazy, iconic, and mega MEGA popular. People can use many words to describe them, but boring is NOT one of them. Have you ever imagined what it would be like if KISS were to raise hell on a live TV talk show? Sure, they’ve been invited as guests on talk shows plenty of times, but imagine them actually INVADING one!

What you’re about to watch is a segment from The Don Lane Show where rock band KISS invades the show to surprise the host on his birthday, but rather than bring him a cake etc., the band decides to raise hell, most notably Gene Simmons venturing into the crowd to seduce a female spectator! You could argue that this is just Gene Simmons just being Gene Simmons, but on live TV!?! On a talk show!?! My word! Just watch.