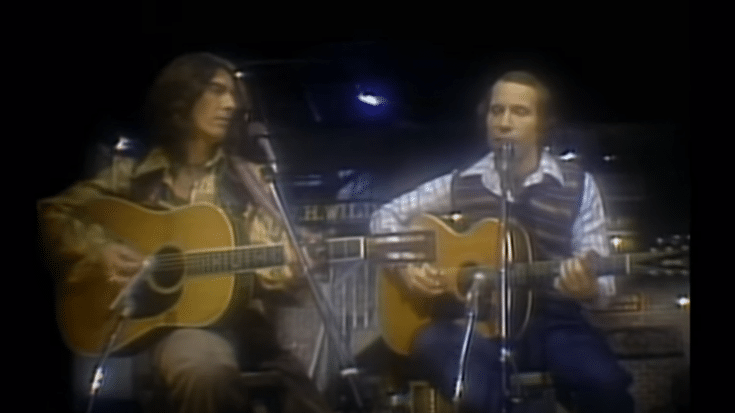 One Of The Most Unforgettable SNL Performances

On April 24, 1976, producer Lorne Michaels offered The Beatles $3,000 to reunite on Saturday Night Live and perform three songs. According to rumors, both John Lennon and Paul McCartney were watching the show at Lennon’s apartment in New York City and actually considered the offer. A few weeks, later Michaels topped up his offer by $200 but still, The Fab Four didn’t show up.

Although the rest of The Beatles didn’t make it to SNL that year, on November 20, George Harrison appeared as the musical guest along with Paul Simon as that episode’s host.

Harrison even joked about collecting the money. He said, “I’ve come all this way. It’s $3,000. That was the deal!” Michaels then responded with: “See, I thought you would understand that it was $3,000 for four people, and it would just be $750 for each of you. As far as I’m concerned, you can have the full $3,000.” Harrison ended up calling it “pretty chintzy.”

One of the most unforgettable performances in SNL history, Harrison and Simon played The Beatles’ “Here Comes The Sun” and Simon & Garfunkel’s “Homeward Bound.” It’s the collaboration we never thought we needed.

Check it out below and let us know what you think.