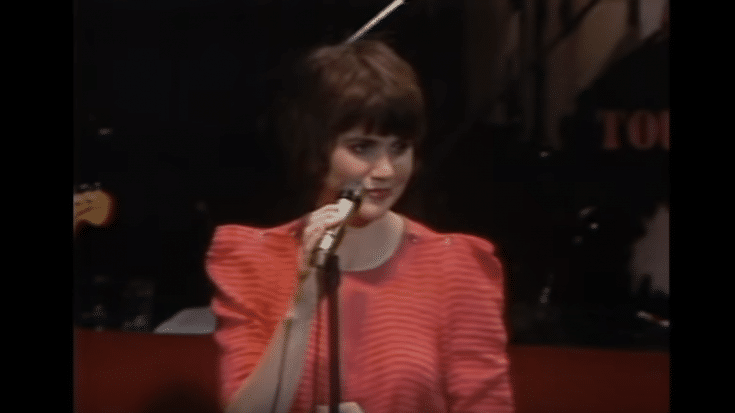 On April 24, 1980, Linda Ronstadt performed a 12-song set at Television Center Studios in Hollywood, California. Except for “Blue Bayou” and “Poor Poor Pitiful Me”, the rest of the tracks were previously unreleased. The master tapes were initially believed to be lost but were recovered by an engineer from Warner Brothers decades later. On February 1, 2019, the album “Live in Hollywood” finally saw the light of day.

Broadcasted on HBO as a special, Ronstadt revealed that the recording environment at the time was less than ideal and comfortable. She said, “All I remembered about doing the video is that we were all really hot and sweaty. It was something like 103 degrees onstage. It was too hot to sing, really. I don’t know how they got everyone in that studio audience in there. We just showed up and did what we were told.”

She added, “It was done for television; I wish it had been a little more of a hi-fi recording.”

In the clip, she sings “Just One Look” which was originally recorded by R&B singer Doris Troy. It has been covered by The Hollies and Anne Murray. Ronstadt’s version peaked at #44 on the US Billboard Hot 100. Check it out below.