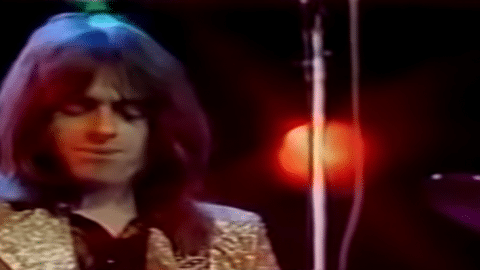 Foghat is yet another reason why the 1970s is considered the golden era of rock ‘n roll. The music, the talent – they were something else. If you’re not convinced, check out this live performance. Perhaps our only issue with this clip is how most of the audience members showed little to no enthusiasm. And it’s quite sad because every single member of the band brought their A-game and it’s simply spectacular. They’re basically showing everyone how it’s done.

I Just Want to Make Love to You was originally recorded by blues legend Muddy Waters. It was written by Chicago bluesman Willie Dixon who became an influential figure not just in blues but also in rock ‘n roll – serving as a link between the two. Dixon’s songs have been performed by musicians from different genres.

Foghat recorded their rendition of I Just Want to Make Love to You and released it on their self-titled debut album in 1972. It became their first hit as it peaked at #83 on the US Billboard Hot 100. An eight-minute version of it was featured on the 1977 release Foghat Live.

Other artists covered this including Etta James, the Rolling Stones, Grateful Dead, Tom Petty and the Heartbreakers, the Yardbirds, the Kinks, Van Morrison, Rod Stewart, and many more.