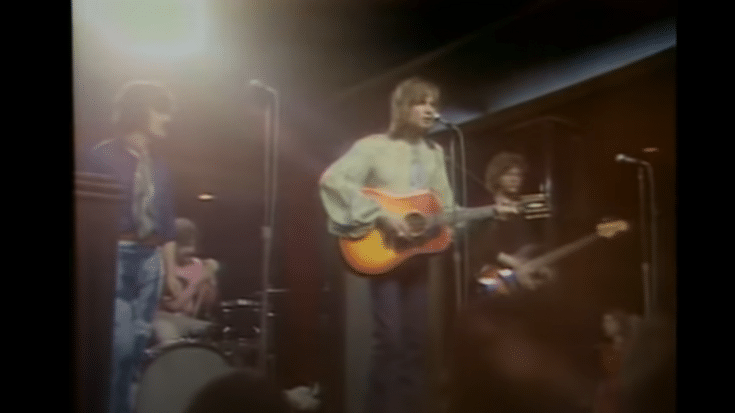 Prior to its release, The Moody Blues performed “Question” on The Lulu Show. The performance was included in a limited, individually numbered color vinyl edition of their Live At The BBC: 1967–1970 set. Check it out below.

“Question” was written by Justin Hayward and released on April 24, 1970 as a single and then featured as the lead track off their sixth studio effort, “A Question of Balance.” Although it only peaked at #21 on the US Billboard Hot 100, it became their second highest charting song in the UK. It’s undoubtedly popular which is why it was constantly included in their compilations and live albums.

Hayward said of its staying power: “There’s no doubt that it still resonates, the lyrics reflect whichever generation you’re in. Whatever time you’re in, people are experiencing those emotions. And I find that people identify with it at any age.”

He also told SongFacts, “After a decade of peace and love, it still seemed we hadn’t made a difference in 1970. I suppose that was the theme of the song. And then the slow part of the song is really a reflection of that and not feeling defeated, but almost a quiet reflection of it, and mixing with a bit of a love song, as well.”