Watch The Full 1977 Performance Of The Eagles At Capital Centre 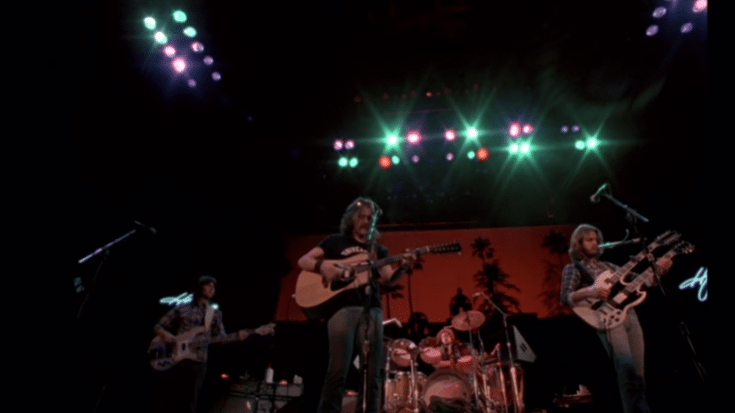 Watch It In Its Entirety

On March 21, 1977, just three months after their fifth album “Hotel California” hit the shelves, The Eagles performed a 21-song set at Capital Centre in Washington, D.C. This is one of a pair of shows at the same venue for their legendary “Hotel California” tour.

It was their first LP with Joe Walsh and the last to feature bassist Randy Meisner since he left six months after this show. The first song they wrote is the title track which served as the theme of the album. Don Henley admitted that they “probably peaked on Hotel California.”

The Eagles were supposed to embark on a “Hotel California” tour this year but the pandemic forced them to reschedule the dates to 2021.