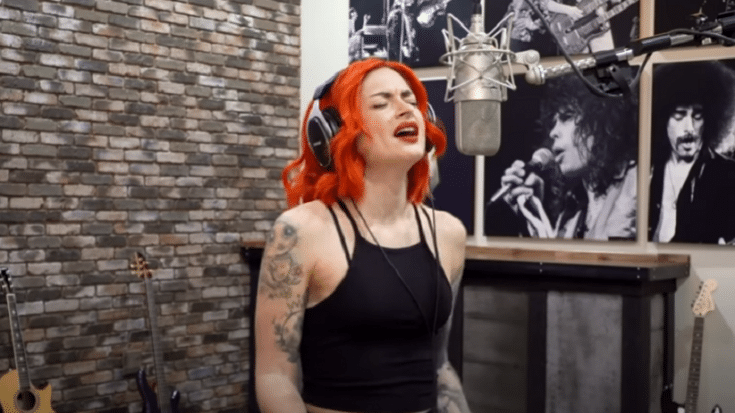 Another jaw-dropping cover of a classic hit from Ken Tamplin Vocal Academy. This time, Kati Cher takes on the Led Zeppelin track “Black Dog” and it’s a killer version. Robert Plant’s wails and screams aren’t easy to pull off but Kati Cher did so flawlessly and with finesse to boot.

She has that powerful and booming voice that suited “Black Dog” perfectly and it’s pretty clear that she’s born to perform songs like this. Undeniably, she also has that rockstar attitude and aura.

Check out the cover below and prepare to be blown away.

“Black Dog” is the opening track to Led Zeppelin’s fourth studio album. Inspired by Fleetwood Mac’s 1969 “Oh Well,” the call and response dynamic helped make this easily recognizable to fans but of course, there’s also the unforgettable riff which was the idea of bassist John Paul Jones. He said, “I actually wrote it in rehearsal from Jimmy’s house on the train. My dad was a musician and he showed me a way of writing down notation on anything. And so I wrote the riff to ‘Black Dog’ on the back of a train ticket which I unfortunately don’t have.”

It’s a complex song that only highlighted the band’s virtuosity.