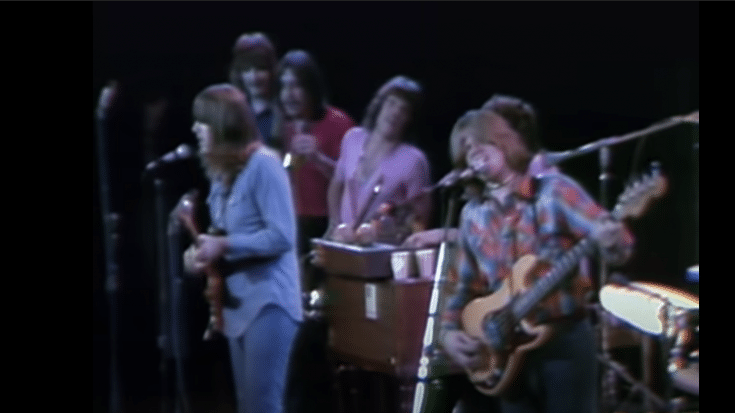 Chicago was part of the roster of rock acts Bill Graham presented on July 21, 1970 at Tanglewood in Lenox, MA. Before this performance happened, it has quite an interesting backstory.

Joe Cocker was slated to headline it but he backed out. A few weeks prior to the event, Graham stated that he’s 90% sure Jimi Hendrix would show up on the July 21st show and step in for Cocker. Because of his busy schedule, Hendrix couldn’t make it and there were those who said it was him who suggested Chicago. Besides, Hendrix was in awe of Terry Kath.

Graham took a risk by inviting Chicago since at the time, they had a string of hits but they weren’t as big as Cocker or Hendrix. Chicago previously performed for Graham’s Fillmore East show and was more than excited for a repeat. They eventually became the last-minute headliner.

Chicago didn’t disappoint. In fact, they exceeded expectations with their epic performance. This particular live version of “25 or 6 to 4” is nothing short of spectacular. From Kath’s guitar work to Peter Cetera’s vocal performance, it’s hypnotic especially when Kath rips through a face-melting solo that’ll leave you breathless and wanting for more.