14-Year Old Nails Phenomenal Drum Cover Of Led Zeppelin’s “Fool In The Rain”—Listen To That Solo! 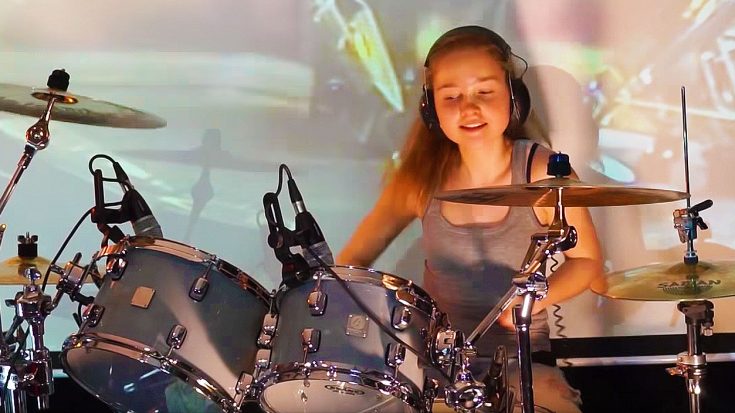 This is one of the best covers of this song we’ve heard!

It seems like these kids who are perfecting classic rock covers are getting younger and younger! But it’s okay with us, because the more kids we see covering these classic songs, the more satisfied we are that this music is staying alive!

There’s no doubt that one of the hardest bands to cover is Led Zeppelin, especially on the drums. John Bonham is considered by many as the best rock n’ roll drummer in history. It’s tough to argue that point, and attempting to cover one of his songs can either be a masterpiece, or a complete disaster. 14-year old drumming prodigy Sina laid down a perfect cover of Zeppelin’s “Fool In The Rain.” The song is one of the more unique Zeppelin songs in their catalogue, and is known for the middle samba section. Sina took on the song, and nailed it! The fills she pulls off, especially during the samba part, are incredible, and her ability to keep the half-time shuffle beat on point throughout the song is incredibly admirable!

Fun Fact: Jimmy Page got the idea for the Samba beat from watching the World Cup soccer tournament in 1978. Argentina was the host country, and he heard a lot of Samba rhythms while watching.

If you’re a Zeppelin fan, you’ll definitely appreciate this cover, and we recommend checking out her other covers on her YouTube channel! She’s an amazing talent. Check out the cover down below!