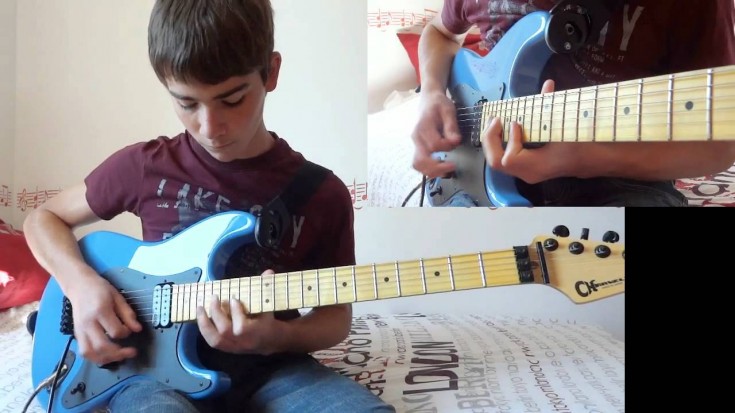 Southern rock legends Lynyrd Skynyrd are known for their complex sound that’s difficult to imitate, especially late guitarist Allen Collins whose technique to this day still leaves even the most seasoned of guitarists scratching their heads in frustration; however, as 14 year old guitarist Hugo proves in this video, maybe it’s not quite so impossible after all. Shot in two separate parts and spliced together for one big extended jam, Hugo’s rendition of Lynyrd Skynyrd’s “Free Bird” guitar solo has got to be one of the coolest things we’ve ever seen!

Much like Lynyrd Skynyrd guitarist Allen Collins when he first crafted the solo over 4 decades ago, Hugo is having a great time chasing melodies up and down his fretboard, showing that his technical skill extends far beyond just shredding and soloing – although he there’s no denying that he definitely nails that solo and extended jam. If these are the hands in which we’re leaving the future of rock and roll, then I think it’s safe to say that we all can rest a little easier tonight!