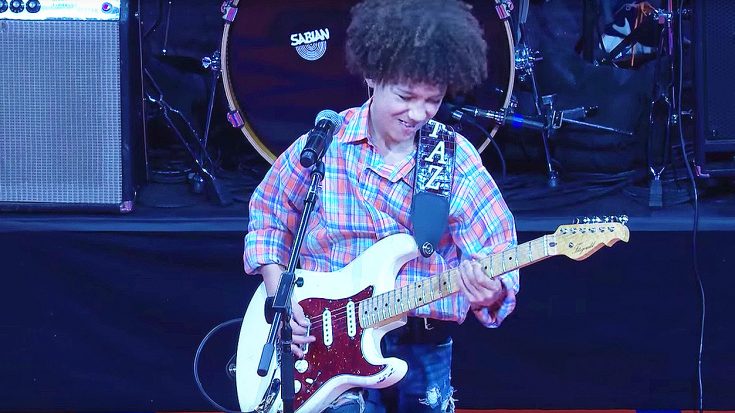 It’s every musician’s dream to one day be able to play Madison Square Garden in New York City. For these 3 young prodigies, that dream became a reality. 13-year old Brandon Niederauer, along with his brother Dylan and friend Raghav Mehrotah took it to center court and performed the halftime show at the final New York Knicks game this past season, and absolutley destroyed Jimi Hendrix’s “Voodoo Child.” From the unreal guitar shredding from Niederauer, to the groovy bassline his brother Dylan throws in and the insane fills Mehrotah pulls off on the drums, we can assume this cover is most definitely Hendrix approved.

Niederauer’s skill and talent is actually being put to great use. He currently stars in the Broadway production of the School of Rock, a theatrical adaptation of the 2003 movie. After seeing this video, we’d be shocked if Mehrotah and David weren’t discovered soon as well! David’s bass playing is especially fantastic on this cover, and he almost steals the show from his brother. Mehrotah’s drums inject originality and a new life into the tune, and the look on his face throughout the performance is priceless!

Watch the amazing cover for yourself down below!