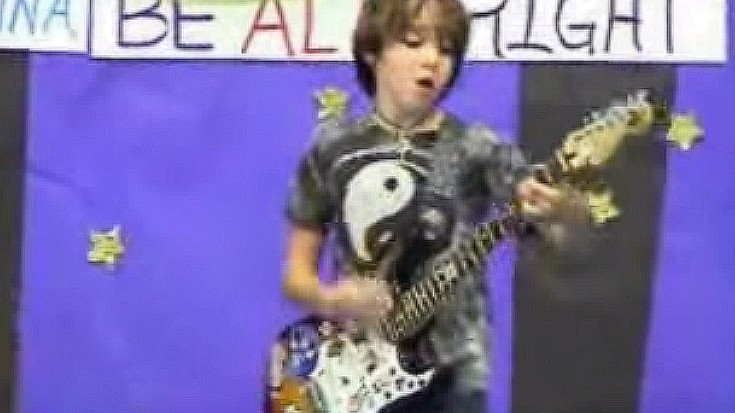 Armed with only his Fender Stratocaster, some talent, and a whole lot of passion, Lorenzo gave a performance that we’re positive Angus Young would have been absolutely thrilled by!

Lorenzo uses his powers only for good! In 2012, he became an honorary member of SafetyBratZ Live, a band comprised of kids that act as ambassadors for childhood safety.

At the time of this recording, Lorenzo had only been playing guitar for a little under a year. If he’s this good already, imagine where he’ll be in just a few short years! We can’t wait to see where Lorenzo’s talent and passion take him, but we’re sure that they’ll take him to some pretty fantastic places!