Adorable! This 4-Year-Old Drummer’s Cover Of Bon Jovi’s “Livin’ On A Prayer” Will Make You Believe! 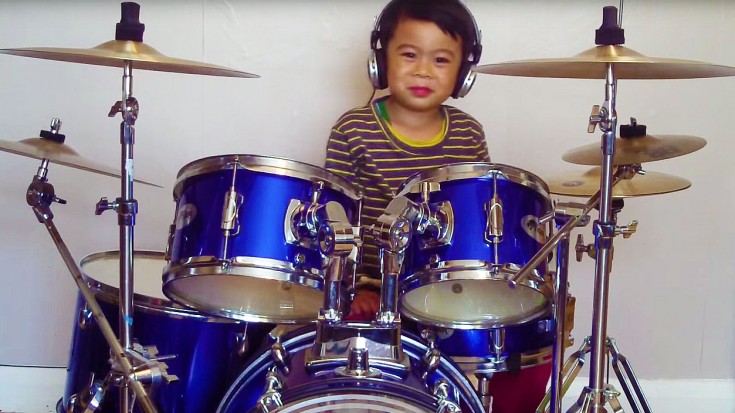 As far as drummers go, this adorable little boy may just be one of our new favorites! While most 4 year olds are content to play with Play-Doh and stuffed animals, this kid picked up a pair of drumsticks and began to tear his way through Bon Jovi’s ‘Livin’ On A Prayer’, delivering a cover that’s so good it’s almost uncanny.

Fun Fact: The original 45-RPM single release of ‘Livin’ On A Prayer’ sold 800,000 copies in the United States.

At first he comes off as extremely shy – his parents are filming and no doubt encouraging their prodigy to smile; but it’s not until halfway through ‘Livin’ On A Prayer’ that our new friend starts to smile and let himself enjoy what he’s playing. That little smile he cracks at 1:53 while playing is absolutely adorable! It’s amazing for his age. I think we’ve got a future rockstar here, people.