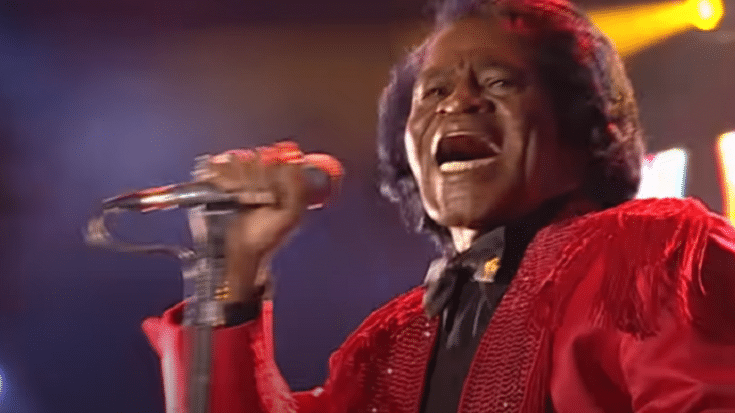 The Godfather of Soul

James Brown had a stellar career. Also known as “Godfather of Soul”, “Mr. Dynamite”, and “Soul Brother No. 1”, he was a progenitor of funk music and became one of the first ten inductees into the Rock and Roll Hall of Fame. But apart from his classic hits and live performances that earned him legendary status, he was also deeply flawed and troubled. Here are the stories:

Before he made it big and became a legend himself, Brown impersonated Little Richard. In the mid-’50s, Little Richard had a couple of shows booked but he couldn’t make it because he was called to do a screen test. His manager then sent another one to take his place and go on stage as him – James Brown.

10. He arranged a private viewing at Elvis Presley’s wake.

Presley’s TCB bandleader James Burton recalled, “James Brown, he was in there for hours. I think they had to pull them out, he didn’t want to leave.” Brown and Presley had mad respect for each other’s talent.

9. He grew up with an aunt who sold moonshine for a living.

According to Brown himself, he was born not breathing and it was an aunt breathed life back into him. At six years old, he was sent to live with his Aunt Honey who ran a brothel and sold moonshine.

8. He held a lavish funeral for his dog.

When the family dog named Poojie died, Brown buried him in a white casket and held an elaborate funeral at his home in Augusta, Georgia.

7. He fined his backing musicians for the smallest infractions.

He penalized them for a missed note or even just a wrinkled stage outfit. Saxophonist Pee Wee Ellis said, “He wanted things to always be razor’s edge. He kept people intimidated. Stupid stuff. We had dress-code fines, shoes had to have a certain shine. There were rules about carrying our uniforms.”

6. He shot holes in his wife’s mink coat.

An investigator named Bill Hartman, who has been to Brown’s ranch, said that he met his then-wife Adrienne Lois Brown at the hospital and who was “beat up real bad” with “Black-and-blue marks all over her body. Legs, back, side.” He recalled that the couple got into a heated argument. After which, Brown went into the house, grabbed her mink coat, and shot holes in it. He went back inside to get a leather jacket “with sable collar and sable cuffs” and shot holes it too.

5. He went to an insurance seminar carrying a shotgun and a pistol.

This happened on September 24, 1988 while he was still on probation. High on PCP, he went into the office and brandished his shotgun. He then complained that “strangers were using his bathroom”. When authorities arrived, he left in his pickup truck with the police in hot pursuit. He even tried ramming their cars so they shot two of his tires.

4. His third wife laced his creamed corn with PCP.

To say that Brown had an intense and insane relationship with Adrienne Lois Rodriguez is an understatement. Rodriguez worked as a hairstylist when they met and PCP played a huge part in their marriage. She once set his clothes on fire and according to a kitchen staff, she allegedly put PCP into his creamed corn.

3. He wounded six or seven people when he open fired on a rival.

James Brown and R&B singer Joe Tex had quite a bitter rivalry which began during the early years of their respective careers. Things then became personal as Brown hooked up with Tex’s ex-wife. It all came to a head in 1963 at the Club 15 in Macon, Georgia. It was supposed to be Brown’s homecoming concert when Tex arrived wearing Brown’s signature cape and essentially mocking him. According to witnesses, Brown brought two shotguns to a nightclub, looking for Tex. He ended up injuring around six or seven people before he jumped in his tour bus and sped away. A member from his security team stayed behind to hand out hundred-dollar bills to keep everyone silent.

At 15 years old, he was arrested for stealing clothes from parked cars. After he turned 16, he was then tried as an adult and received an 8- to 16-year sentence. But he impressed the warden and parole board with his good behavior that he was released after only three years and it was there where he earned the nickname “Music Box”.

1. His leg had to be amputated after his death for a paternity suit.

After a judge ordered a DNA test for his widow Tomi Rae’s youngest son James Jr., Brown’s leg was hacked off. Rae told The Mail, “They couldn’t do the normal DNA test because of all the embalming fluid in his body. So they had to cut off his legs to get to his bone marrow. I wept uncontrollably when I found out. My husband, the greatest dancer in the world, had his legs hacked off in death.” Also, because of a family feud, his body was relocated 14 times.