11 Behind The Scenes Stories From Willie Nelson’s Career 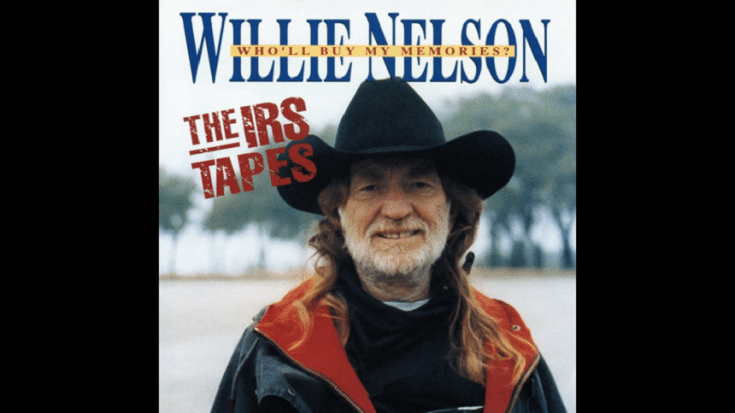 There’s nothing Willie Nelson hasn’t done or experienced. More than being a musician, actor, and activist, his life is also the stuff of legends. From being a tax dodger to earning the nickname “Shotgun Willie”, here are some of the craziest and most interesting stories about him.

He wrote in his memoir, “I start to recite a poem my grandmother taught me but I have been picking my nose, which now starts to bleed. I hold my nose with one finger and while blood runs all over my little white sailor suit I recite my poem.”

Nelson was still a struggling musician at the time and original title of the song was “Stupid”. He initially penned it for country singer Billy Walker but Walker turned it down. When Cline’s husband heard it, he immediately wanted to give the track to her.

9. A former flame sued him for $50 million after he didn’t fulfill his promise of marrying her.

In an interview with Rolling Stone, Nelson was asked what he’d do if ever the case came to court. He responded with, “My ex-wife Shirley said she’d be glad to testify on my behalf.”

8. He allegedly had a nine-hour sex marathon.

This detail comes from the aforementioned ex-girlfriend with the $50 million lawsuit. She also claimed that they had sex for nine hours straight! It was then consummated with Nelson doing a backward somersault with her still attached to him. Nelson revealed to the Rolling Stone interviewer and his longtime friend Kinky Friedman that it was “the only true story written about him.” He then said, “I’m not saying it didn’t happen. It might’ve. But you would’ve thought I’d remember at least the first four or five hours.”

Aside from having his assets seized by the IRS, he decided to release a compilation titled “The IRS Tapes: Who’ll Buy My Memories?” to help pay back his debt. He eventually settled with them in 1993.

6. He earned a fifth-degree black belt.

He celebrated his 81st birthday in 2014 by receiving a fifth-degree black belt in the martial art of Gong Kwon Yu Sul. He’s been practicing it for over two decades. He said, “It’s just good for you physically. For your lungs. The more you’re breathing, exercising, the better you’re going to feel.”

Called the Luck Ranch, it’s located on the outskirts of Austin. Originally built in 1985 for the film “Red Headed Stranger”, Nelson became attached to it. He built his home there and it’s where he and his friends gather to make music and just have a good time.

It took place in the parking garage of the Birmingham Coliseum. His long-time stage manager “Poodie” Locke remembered, “Here come the cops from every direction. They’re flying out of their cars, hitting the parking deck, spread-eagling the whole crowd–‘On the deck, motherfuckers!’–because the cops don’t know who is shooting at who…All these cops are squatting down in the doorjambs, turning people over, frisking them, aiming guns at everybody, just waiting for the next shot to be fired.”

But something unexpected happened because “Here comes Willie. He walks off the bus wearing cutoffs and tennis shoes, and he’s got two huge Colt .45 revolvers stuck in his waist. The barrels are so long they stick out the bottom of his cutoffs. Two shining motherfucking pistols in plain sight of a bunch of cops nervous as shit. Willie just walks over and says, ‘What’s the trouble?’ Well he’s got some kind of aura to him that just cools everything out. The cops put up their guns, the people climb off the concrete, and pretty soon Willie is signing autographs.”

3. He literally walked away from a plane crash.

Nelson has had a brush with death several times but there was this particular incident that his friend and promoter Larry Trader can’t ever forget. He said, “Willie was flying in to the landing strip near Happy Shahan’s Western town that they used for the Alamo movie set. Happy is watching the plane coming in, knowing Willie is on it. The plane hits a big chughole in the strip and flips over on its side and crashes. Happy likes news and publicity, you know, so first thing he does is pick up the phone and call the radio stations, the TV, the newspapers. Happy says, ‘Willie Nelson’s plane just crashed. Y’all better hurry.”

He added, “He jumped in a Jeep and drove out to the crash to pick up the remains. And here comes Willie and his pilot, limping up the road. The media people were arriving by then. They started firing questions at Willie. How did he survive? Was he dying? Was he even hurt? Willie smiles and says, ‘Why, this was a perfect landing. I walked away from it, didn’t I?'”

2. He may cool and all but when he found out his daughter Lana was being abused by her husband Steve, he decided to take matters into his own hands.

He recalled, “I ran for my truck and drove to the place where Steve and Lana lived and slapped Steve around. I told him if he ever laid a hand on Lana again, I would come back and drown his ass. No sooner did I get back to Ridgetop than here came Steve in his car, shooting at the house with a .22 rifle. I was standing in the door of the barn and a bullet tore up the wood two feet from my head. I grabbed an M-1 rifle and shot at Steve’s car. Steve made one pass and took off.” Because of this, he earned the nickname of “Shotgun Willie”.

1. He smoked a joint on the roof of the White House.

It’s the most Willie Nelson story ever. It was in 1980 when then-president Jimmy Carter invited him to perform at the White House. He famously went to the roof to smoke a joint and was joined by none other than the president’s middle son Chip Carter. When asked about it, he usually played coy but at one time revealed in his 1988 autobiography that it actually happened. In the documentary “Jimmy Carter: Rock & Roll President”, Carter shared: “[Nelson] says that his companion was one of the servants at the White House. Actually, it was one of my sons.”

Chip Carter even told The Los Angeles Times, “We just kept going up ’til we got to the roof, where we leaned against the flagpole at the top of the place and lit one up.’ If you know Washington, the White House is the hub of the spokes — the way it was designed. Most of the avenues run into the White House. You could sit up and could see all the traffic coming right at you. It’s a nice place up there.”