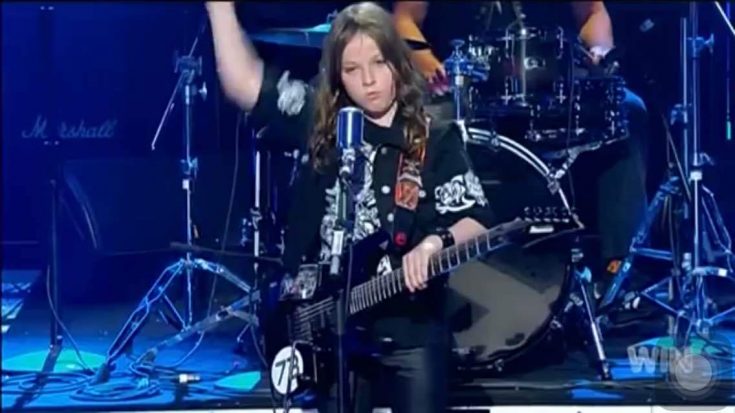 Even Kelly Osbourne got to her feet!

“A pure genius rockstar”, was what Australia’s Got Talent judge and heavy metal offspring Kelly Osbourne called 10 year-old Callum McPhie, a contestant on the popular talent show. The young boy from Canberra confidently rocked the house with a cover of Metallica’s big hit single “Enter Sandman”.

“I wanted more of the mental thing where this kid gets manipulated by what adults say. And you know when you wake up with that s–t in your eye? That’s supposedly been put in there by the sandman to make you dream. So the guy in the song tells this little kid that and he kinda freaks. He can’t sleep after that and it works the opposite way. Instead of a soothing thing, the table’s turned.” – James Hetfield in an interview with Uncut

It’s easy to understand why Callum was dubbed as ‘the heavy metal kid’ on the show. He does heavy metal so well it’s hard to believe he’s not even in 6th grade yet! And getting the entire auditorium to their feet including all the judges, with rock hands pumping high in the air is one giant feat for a 10 year old to achieve but he did it so impressively well. Not to mention his insane guitar skills! Hetfield would definitely be proud!

Check out Callum’s headbanging performance below: