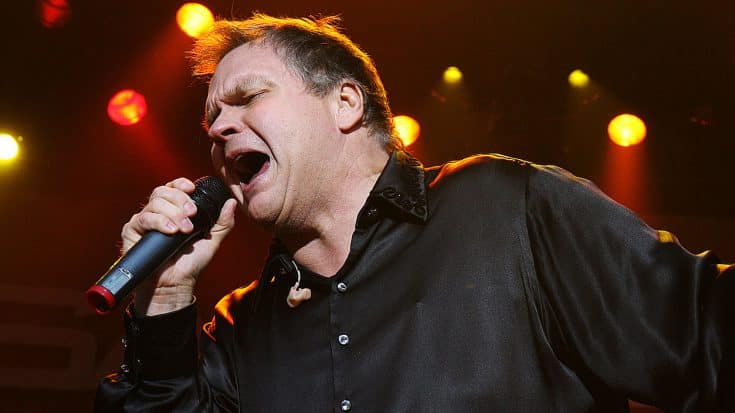 The great and late Meat Loaf has left us with an incredible legacy of his music contributions. We all know the classics “Two Out of Three Ain’t Bad,” “Paradise By the Dashboard Light,” “I’d Do Anything For Love,” and even “Hot Patootie” from The Rocky Horror Picture Show. But there are still some songs Meat Loaf has recorded that didn’t get that much recognition. We listed down 10 underrated Meat Loaf’s songs fans should know. Take a look below.

“She Waits By the Window” From: Stoney & Meatloaf (1971)
The career of Meat Loaf started, out of all the places, at Motown – or more precisely its Rare Earth Records stamp as fragment of an attempt to put more rock to the company’s roll. Meat landed a role in a production of Hair, in Detroit, when Motown reached out to him. He in turn tagged along Shaun “Stoney” Murphy for a one-off pair project, before she went on to record the backing vocals in Bob Seger’s Silver Bullet Band and co-front Little Feat. This melancholy, madrigal-styled ballad would not have resonated off in Hair, and it’s remarkable for Stevie Wonder playing piano while the lavish orchestrations played.

“Dead Ringer For Love” From: Dead Ringer (1981)
Meat Loaf’s voice disappeared for a while after Bat Out of Hell, which turned the latter procedures in some state of disarray. Steinman, as a matter of fact, made an album of his (Bad For Good) while Meat took off to put together the Roadie movie. Dead Ringer was no Bat, but still had many of that compositions’ qualities This actual title track is an Eddie Cochran-flavored rave-up discreetly co-written by Cher, who came into view in its music video. Unfortunately, it didn’t reach the Billboard 100, but is surely worthy of a spot in the chart.

“Fallen Angel” From: Midnight at the Lost and Found (1983)
While out with Steinman, Meat Loaf teamed up with all-star producer Tom Dowd and a fresh set of writers and players that included Rick Derringer, Lynyrd Skynyrd’s Gary Rossington, the E Street Band’s Max Weinberg and many more. This intense ditty was written by Dick Wagner, an old hand of Alice Cooper and Lou Reed’s group and a studio staff for Aerosmith and Kiss, to name a few. “Fallen Angel” gave Meat a vast voice display to conclude his third studio set.

“Surf’s Up” From: Bad Attitude (1984)
Meat Loaf anticipated that Jim Steinman would pen another full alongside him, but had to come to terms of just two songs. The first, “Modern Girl,” was an 80’s-saturated techno-pop chaos, but “Surf’s Up” is a masterpiece. This slow-progressing song flaunts a scoring straight from Bat Out of Hell, with sublime guitar part by Paul Vincent and a lot of time for Meat to act.

“Masculine” From: Blind Before I Stop (1986)
Frank Farian was still a some years behind from Milli Vanilli infamy when Meat teamed up with the German producer to construct this contractual-obligation album. The majority of the parts are sunk in the synthesized accompaniments of the time, but this bulky rocker, penned by Rick Derringer, has some hard rock boldness that turns away our focus from the fawny lyrics.

“Everything Louder Than Everything Else” From: Bat Out of Hell II: Back Into Hell (1993)
Meat eventually reverted back to where he belongs, Steinman and all, with this multi-platinum career-resurrector. There’s no scarcity of extra rock anthems here, and the dashing “Everything Louder Than Everything Else” is one of the greatest. Straight out of Steinman’s “Wasted Youth” monologue, Meat Loaf states that “if the feeling’s gone then it’s time to get it back” – and he did, across the album, throughout these eight minutes, to be specific.

“Amnesty Is Granted” From: Welcome to the Neighbourhood (1995)
Meat Loaf remained on the notion album track after Bat II, despite Steinman being the only one taking part in writing some of the tracks. Sammy Hagar wrote this Wall of Sound rocker, while recording vocals and playing guitar too. Steven Van Zandt and Kenny Aronoff are involved, too. Believe us when we alert you that your speakers, or earphones, will be tried out here.

“The Future Ain’t What It Used to Be” From: Bat Out of Hell III: The Monster is Loose (2006)
Desmond Child is the team-genius this moment, although Jim Steinman’s seven song involvement, from other projects, comprised of this lengthened duet with Jennifer Hudson. The piece was initially part of Original Sin, a 1989 concept album Steinman penned for Pandora’s Box. Child utilizes an amazingly moderate hint to make it into a thrilling, Broadway-deserving stunner that seeks for an instant repeat listen.

“Blue Sky/Mad Mad World/The Good God Is a Woman and She Don’t Like Ugly” From: Hell In a Handbasket (2012)
One of the more peculiar songs in the Meat Loaf list, this is a piece that goes from piano-dominated composition to huge-strike rock, with a rap by Public Enemy’s Chuck D tossed in. Indeed, it survives to hold together, and there’s absolutely not a single thing like it in the catalogue.