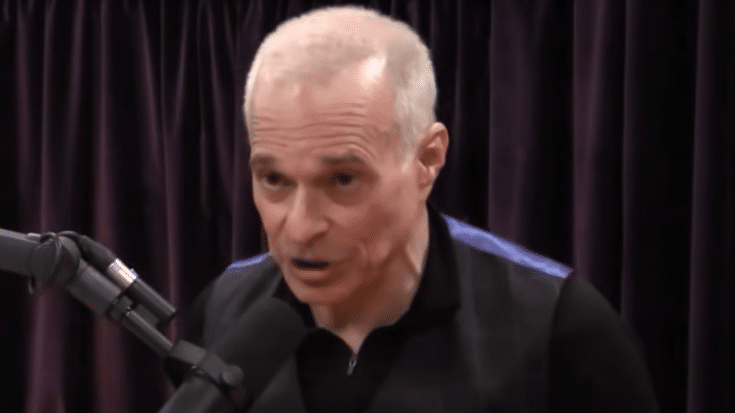 In an episode of The Joe Rogan Experience, the podcast host talks about how film biographies are often added with theatrical fair and guest David Lee Roth asked him if have seen Freddie Mercury‘s biopic Bohemian Rhapsody, which Rogan said he hasn’t watched it yet and Roth said the same thing.

During the 2019 interview, Rogan commented:

“I heard it’s very good though.”

“You heard it’s good. Did you asked the person who told you that why it’s good?”

“Yes… First of all the guy who played Freddie Mercury apparently is brilliant in it.”

And we can all agree to that. Rami Malek won an Oscar for his role as Freddie Mercury in Bryan Singer’s Bohemian Rhapsody.

“I saw Freddie live at the Forum, I was in the maybe 20th row, six in, when Bohemian Rhapsody had just come out.

“I saw him in his absolute that his major, major prime there so I’m very curious as to… well, stagecraft is one thing, but what Freddie was and what he brought was way more than what you saw on stage.”

Rogan then asked what was the late Queen singer brought off stage, Roth said:

“His sensibilities in terms of music weren’t just three cords and an attitude.”

“Freddie brought a whole wealth of listening to different kinds of music, whether it was orchestral, big band, bistro…”

Rogan agreed and said that Mercury’s singing was ahead of his time. Watch the two talked about Mercury’s brilliance in the full clip below.