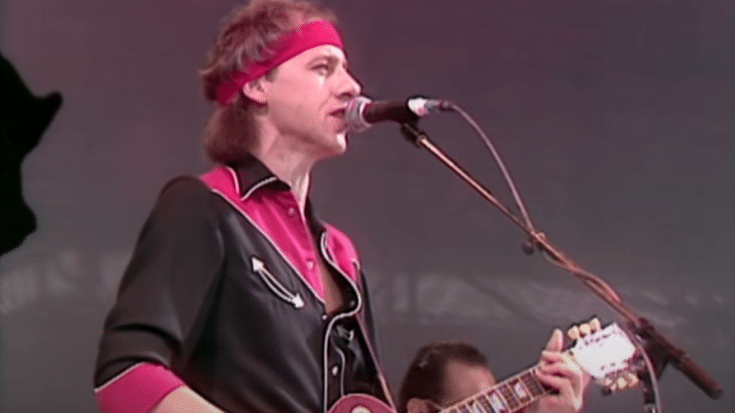 Mark Knopfler is a guitar legend, period. With his distinctive fingerstyle playing, he once said in an interview: “Playing with your fingers has something to do with immediacy and soul.” His guitar playing looks simple enough but it takes some serious chops to pull them off. Here are his best riffs:

One of his finest compositions, he initially didn’t think much of it and thought it a bit “dull” until he tried it on his first Stratocaster. He recalled, “It just came alive as soon as I played it on that ’61 Strat… the new chord changes just presented themselves and fell into place.”

A straightforward rocker, it was Dire Strait’s second song to top the US Billboard Mainstream Rock Tracks chart. Knopfler based part of the lyrics – “You got to run on heavy fuel” – on the Martin Amis novel titled Money.

This bluesy number highlights Knopfler’s genius – it’s sad and melancholic but sensual too.

An anti-war song Knopfler wrote during the ten-week Falkland War, it touched on destruction and death. “We’ve got just one world but we live in different ones,” Knopfler explained to BBC. “It’s just stupid, it really is. We’re just foolish to take part in anybody’s war.”

It’s a song about a fan who believed that Elvis Presley’s still alive and some of his songs were even referenced. Knopfler got the idea for the track after his brother-in-law repeatedly tried calling him and commented that he was harder to reach on the phone than Elvis.

One of Dire Straits best known songs, Knopfler drew inspiration from Billy Gibbons’ trademark guitar tone. Knopfler actually reached out to Gibbons so he could replicate the latter’s tone. According to Gibbons, “He didn’t do a half-bad job, either, considering that I never told him a goddamned thing!”

He pays tribute to the city of Edinburgh, Scotland with this song. Unlike his other songs with Dire Straits, this sounds pretty simple but still beautiful and great.

Down to the Waterline

It’s one of the songs that helped Dire Straits land a record deal. The imagery in the lyrics is based on Knopfler’s memories as a teenager of walking with his girlfriend along the River Tyne.

It’s a hypnotic and mesmerizing tune. It didn’t crack the top 20 but it’s a fan favorite.

Where Do You Think You’re Going?

One of the great things about Mark Knopfler is his versatility – he can go from acoustic to electric and his brilliance always shines through.