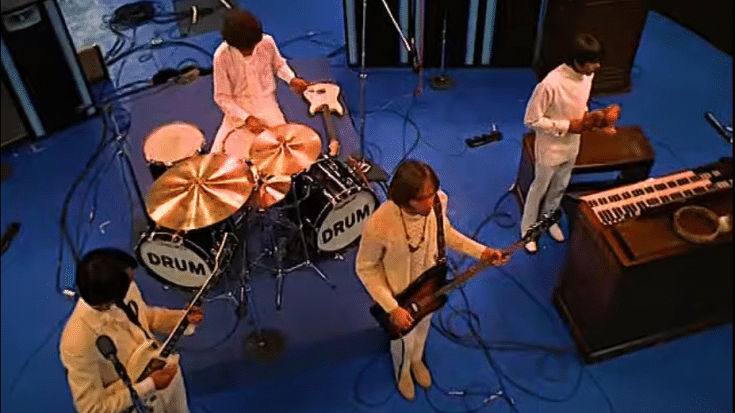 One of the best rock acts to come out of the 1960s was the group that was originally conceived for a TV show – The Monkees. The members were initially hired as actors but over time, they proved their chops and were eventually allowed to have more output musically and to play instruments on songs. Here are some of their 1960s performances:

Easily one of their best-known songs, it was written by Neil Diamond. It dominated the US Billboard Hot 100 for seven weeks. When they recorded it, The Monkees didn’t play any instrument because the producers still doubted whether they could actually pull it off. Even so, the band never stopped trying to convince them they could play their own songs.

One of their most successful singles, Micky Dolenz was the only one who didn’t play any instrument because he sang lead. Both Dolenz and Peter Tork told Mojo magazine this was one of their favorite Monkees songs. Tork also explained, “Listening to that record later on was a joy.”

Another hit for The Monkees, their musical supervisor Don Kirshner wanted a song with a girl’s name. So the songwriting duo of Tommy Boyce and Bobby Hart told him they already had one but they had to quickly write it on their way to Kirshner’s office.

Written by Micky Dolenz, it was retitled to “Alternate Title” because their record label complained that the original title was a “taboo to the British audience”. It’s another favorite of Peter Tork.