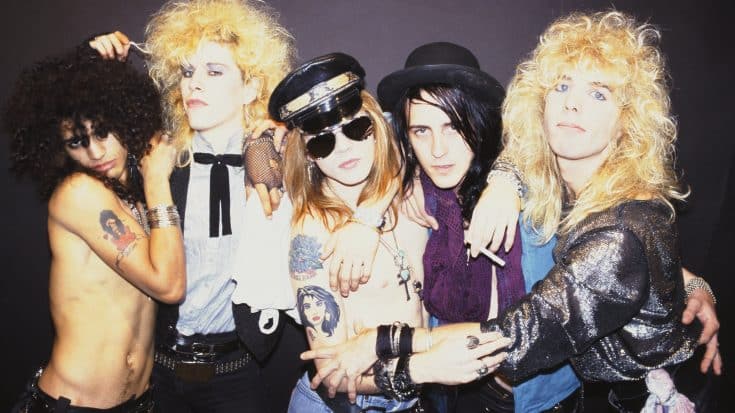 Guns N’ Roses‘ entire career is dotted with songs that were downright baffling upon release and remain head-scratchers whenever you listen to it until today. Be that as it may, the band brought hard rock back to the Stone age with their earth-shattering albums. From blustery ballads to alt-metal bangers, here are Guns N’ Roses’ 10 weirdest songs.

10. “You Ain’t the First” (from 1991’s Use Your Illusion I)
Made with tasty slide guitar licks and languid lead vocals, “You Ain’t the First” evokes the ramshackle looseness of Exile on Main St.-era Stones. Maybe because the band members were so drunk during the recording session they could barely stand.

9. “Used to Love Her” (from 1988’s GN’R Lies)
It sounds like the kind of lovesick roots-rock lament that Mick and Keef had mastered nearly two decades prior.

8. “Breakdown” (from 1991’s Use Your Illusion II)
Not the longest song, but it’s certainly one of the weirdest. The song opens with a down-home banjo-and-whistle intro, swells and detours into fiery rock guitar histrionics.

7. “Get in the Ring” (from 1991’s Use Your Illusion II)
It features a live audience chant, childish schoolyard taunts, and a campy ringside introduction of the band. Each of these elements would fail spectacularly on their own, but together, they create a glorious rock ‘n’ roll mess.

6. “Coma” (from 1991’s Use Your Illusion I)
“Coma” is one of Guns N’ Roses’ darkest and most cinematic songs, and Rose admitted it was “one of the best things that I’ve ever written.”

5. “Scraped” (from 2008’s Chinese Democracy)
“Scraped” is a doozy and nothing can fully prepare your body for the blunt-force impact of a half-dozen Auto-Tuned Axls roaring out of your speakers in the song’s acapella intro.

4. “If the World” (from 2008’s Chinese Democracy)
“If the World” is one of the most out-of-character songs Guns N’ Roses ever released, but Rose’s 150-percent vocal conviction and lush, atmospheric production make it endlessly fascinating nonetheless.

3. “Oh My God” (from 1999’s End of Days soundtrack)
Slash said in 2000 that this track “convinced me that my departure had been a wise decision, and that Axl and I were definitely no longer on the same wavelength musically.”

2. “My World” (from 1992’s Use Your Illusion II)
A song with a rudimentary hip-hop beat augmented by the sounds of scraping metal and moaning women. Rose delivers a scathing diatribe, welcoming listeners to his “socio-psychotic state of bliss” and beckoning “Let’s do it” in his most disturbed, psychosexual croon.

1. “Absurd” (2021 single)
Characterized as a brash, distasteful and a laughably illogical song. It is a comeback single from the semi-reunited GNR lineup. In other words, it’s classic Guns N’ Roses.