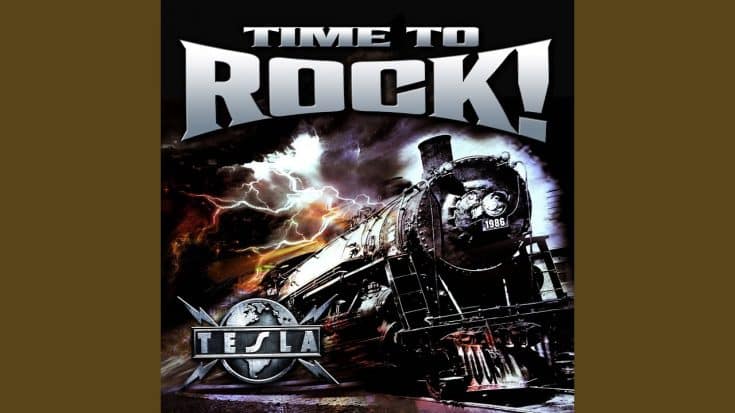 Tesla have recently released their new single “Time To Rock!”

The new song has already been a part of their set list on their ongoing US tour. “Time To Rock!” follows their single, “Cold Blue Steel,” which was originally released last August and is the first Tesla song to ever be produced by the band members themselves. Frank Hannon shared:

“Producing ourselves is allowing us to creatively record new music and keep it as raw and real as possible.”

When asked if the released of the song means that there is a new Tesla album in the works, Hannon replied:

“Yeah, it’ll end up on an album, but we’re gonna just do one song at a time. Instead of trying to cram for a test… Making an album is almost like a test — you’ve got a deadline on it and there’s all this pressure and you’ve gotta try to finish it by a certain date. And then what you end up doing is cramming the songs. So we’re not gonna do that. We’re just gonna write a song when we feel it and have fun with it. And then when we have a group of ’em, we’ll put it out together as a collection on an album.”

Their last full studio album was 2019’s Shock, which marked as their highest-charting US record in 25 years since 1994’s Bust A Nut that reached No. 21 on the Billboard 200.

Tesla are currently on the road for their tour that will run until late September. Stream the new song below.