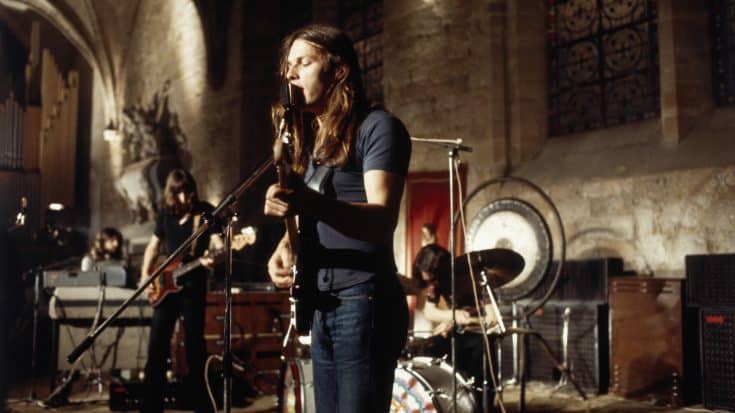 David Gilmour during a concert given by Pink Floyd on June 16th, 1971 to the abbey of Royaumont. (Photo by Bernard Allemane / INA via Getty Images)

Pink Floyd has some of the greatest rock ‘n roll songs in existence. Their albums were innovative, ground-breaking and ahead of their time. But that’s not to say they don’t have tunes in their catalog which have been unfairly overlooked through the years. On the contrary, they have several tracks which deserve the same love and appreciation as their more popular ones.

Pink Floyd has a total of 15 albums and it goes without saying that it’s fairly easy to ignore some non-mainstream songs. So with that, here are 10 underrated tunes that should get more credit.

It’s richly textured and beautiful in a way only Pink Floyd can make.

It’s a powerful song and with impressive vocal performance to boot.

There’s something nostalgic about it and it makes you feel as though you’ve just been transported to a different dimension.

It’s the tune that gets you high even without the drugs.

Simple yet complicated. Leave it to Pink Floyd to give you music that allows new discoveries each time you listen to them.

Sublime beauty. Yet another proof that Pink Floyd are too good for this world.

Meddle had several rare gems, this is one of them.

That guitar solo is otherworldly – it takes you to places you never even thought existed.

This is an entire musical experience all in itself.