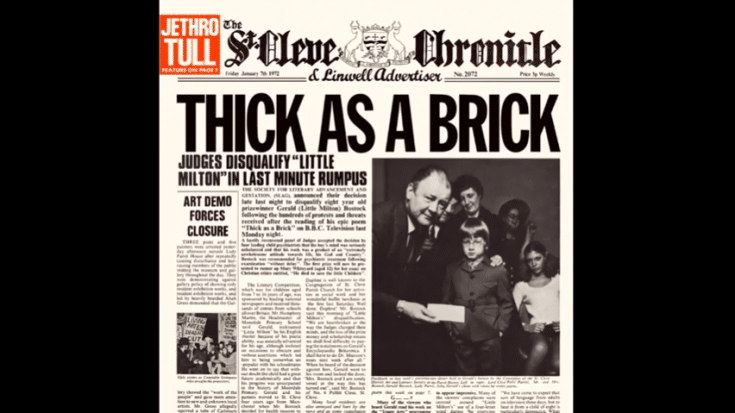 Good songs like these could go on for a lot longer and we most likely wouldn’t mind. We chose ten of the longest songs in rock but we limited it to just one per band. None of these go for less than fifteen minutes and let’s just say, they’re not just songs but musical journeys.

Even though it’s 17 minutes long, the lyrics are quite simple. Regarded as one of the first heavy metal songs, it was actually written during their early days. Its title was supposed to be “In The Garden Of Eden” but for some reason, it ended up becoming “In-A-Gadda-Da-Vida.” The single version was cut down to less than three minutes.

Inspired by Hermann Hesse’s 1922 book Siddhartha, this was difficult to recreate in a live setting without some outside help. Some of the lyrics may not make much sense but that’s because Jon Anderson was more concerned with how the words sounded instead of what the verses would mean. He said, “The lyrical content became a kind of dream sequence in a way. The end verse is a dream that I had a long time ago about passing on from this world to another world, yet feeling so fantastic about it that death never frightened me ever since.”

The longest suite in Rush’s discography, it has become one of their most popular songs. It was even adapted into comics! Drummer Neil Peart that he drew inspiration from one of his favorite authors, Ayn Rand. He explained in a 1991 interview, “The inspiration behind it was … It’s difficult always to trace those lines because so many things tend to coalesce, and in fact it ended up being quite similar to a book called Anthem by the writer Ayn Rand. But I didn’t realize that while I was working on it, and then eventually as the story came together, the parallels became obvious to me and I thought, ‘Oh gee, I don’t want to be a plagiarist here.’ So I did give credit to her writings in the liner notes.”

Although the studio version is just a little over five minutes, their live performance particularly at the historic Fillmore East went for over 22 minutes. It has since become their crowning achievement and a staple at their concerts too. Gregg Allman wrote it on an ironing board when he was just 21 years old.

The Grateful Dead was a spectacular live act especially during their heyday. And they were no strangers to extending their jam for well over twenty minutes. And as for “Dark Star”, its studio recording is only 2:44 long but for their first live album “Live/Dead”, it went on for more than 23 minutes! It’s no wonder why it became their signature song.

The song is divided into seven sections and it showcased Genesis’ impressive musicianship especially with the multiple changes in terms of time signature, instrumentation, and mood throughout the song. With lyrics written mostly by Peter Gabriel, he commented: “One of the first times that I felt as if I was really singing from my soul, almost like singing for my life.”

A tribute to their fallen leader, Syd Barrett, this nine-part composition appeared on Pink Floyd’s 1975 album “Wish You Were Here”. During their recording sessions, Barrett appeared in the studio but most of his former bandmates didn’t recognize him. Roger Waters was moved to tears because of what happened to Barrett and how he quickly deteriorated mentally and physically since leaving Pink Floyd.

It’s the finest musical moment of Emerson, Lake & Palmer. The title is an oronym of “carnival”. It concludes side one and takes up the entire side two of the band’s fourth studio album “Brain Salad Surgery.” Greg Lake told SongFacts, “We decided that the next album we made, we would make sure that we could perform it live. And so, I know it sounds horribly extravagant, but this is what we did: We bought a cinema in London and we set up on the stage, and we wrote the album, performing it on the stage in the theatre. So as we created the album, we made sure that we could perform it live. So it came about, this line, ‘Welcome back, my friends, to the show that never ends.’ It was a kind of live idea behind it.”

For their fifth studio album, Jethro Tull decided on a continuous piece of music which they divided into two sides. A parody of “concept albums”, it’s Ian Anderson’s tongue-in-cheek attempt at making “the mother of all concept albums.” He told Classic Rock magazine, “We were spoofing the idea of the concept album, but in a fun way that didn’t totally mock it.”