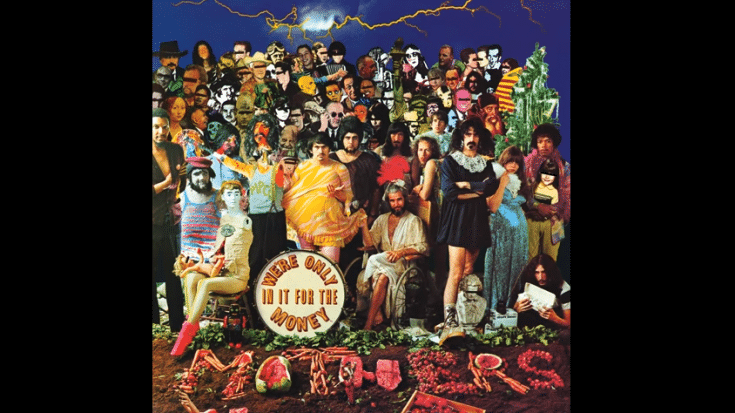 The following songs clock in at less than two minutes and yet, that’s all they need to make an impression. These are some of the shortest songs in rock ‘n roll but guaranteed, most of them are quite unforgettable. Let’s check them out.

Elvis Presley recorded it for the 1957 movie “Loving You.” It’s a typical Presley tune and it has been covered by other artists like Wanda Jackson, Paul McCartney, Led Zeppelin, and Dr. Feelgood.

Pink Floyd’s “Animals” album is bookended by parts 1 and 2 of “Pigs on the Wing” both clocking in at 1 minute and 24 seconds. Written by Roger Waters, it’s a departure from the social and political commentary of their other songs. Instead, this one’s a love song of sorts. It’s Waters’ ode to his then-new wife Carolyne Christie but in 2017, he told Mojo magazine: “Maybe it was about someone. My feeling now is that it’s more general. It’s saying, if we don’t care for one another and have empathy for one another, then all we’re left with is this… crap.”

Featured on Neil Young’s third studio album “After the Gold Rush”, it’s simple and has that country feel. Stephen Stills provided the backing harmonies and interestingly, Young has never performed it live until 2016. He played it at a private concert at the Théatre Mogador in Paris for French billionaire Édouard Carmignac.

It may be short but it packs a lot of punch. Included in Elvis Costello’s debut album “My Aim Is True”, it’s a pretty epic and energetic song.

This acoustic piece appears twice on Simon & Garfunkel’s “Bookends” album – the opening track is at 00:32 while the longer version, also called “Reprise” is at 1:18.

The entire LP “We’re Only in It for the Money” satirizes politics, hippies, and The Beatles’ “Sgt. Pepper’s Lonely Hearts Club Band.” Written by Frank Zappa, he said in 1978: “hippies were pretty stupid. […] the people involved in [youth] processes […] are very sensitive to criticism. They always take themselves too seriously. So anybody who impugns the process, whether it’s a peace march or love beads or whatever it is – that person is the enemy and must be dealt with severely. So we came under a lot of criticism, because we dared to suggest that perhaps what was going on was really stupid.”

The song is named after Matt Lukin – bassist for the Melvins and Mudhoney, and who’s also Eddie Vedder’s friend. Vedder kept it short because Lukin often teased him that Pearl Jam songs were rather long. It’s about a deranged female stalker. Vedder told Rolling Stone, “Someone who had severe mental problems and chemical imbalances ended up targetting me and thinking that all the songs were written about her, and that I was the father of her two children.”

A song from The Stone Roses’ self-titled debut studio album, its melody is set to the English traditional ballad “Scarborough Fair”.

It’s short and spectacular. This instrumental is the intro to “Electric Eye” which became a staple in Judas Priest concerts and also often played as their first song.

Mostly a throwaway song, it was originally intended as a tribute to the Queen of England. It was actually unlisted on the original pressings of “Abbey Road”. Written by Paul McCartney, he commented: “It was quite funny because it’s basically monarchist, with a mildly disrespectful tone, but it’s very tongue in cheek. It’s almost like a love song to the Queen.”