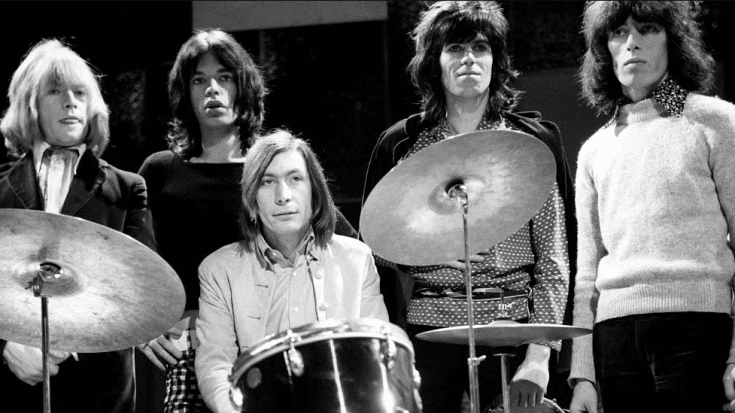 Unlike some of the flashier drummers of his time, Charlie Watts exuded calm and quiet confidence. He was neither unpredictable nor unreliable. He was a solid player who was a huge fan of jazz music. As a tribute to this legend, here are ten of his greatest drumming performances.

One of Watts’ finest musical moments. It doesn’t get better than this.

It may be best known for its distinctive and iconic guitar riff, but Watts brought so much to the table too even though most of them were subtle.

Watts may not have been as flashy as Keith Moon or John Bonham, but he knew how to bring the house down. He was never wild behind the kit, and yet with his most drumming, he never really needed to be.

Opening with Watts’ drum intro, it’s as good as their more popular tunes.

Watts didn’t need to show off to showcase his brilliance as a drummer.

There’s no subtlety or delicacy with Watts’ drumming here. Instead, he lets loose and it’s spectacular.

Watts laid down that pounding beat. It’s also the only Rolling Stones where he overdubbed a drum part over the original, so he could create a bigger sound.

Even way past their heyday, Watts never slacked off. He consistently brought his A-game whether in the recording studio or on stage. The studio version of this track, he drummed on a trash can.

“It’s a 4-flight stairwell, and I started off at the top, which is ‘Moon Is Up,'” he recalled, “and I ended up at the bottom playing ‘You Got Me Rocking and Thru and Thru…'”

9. Undercover of the Night

This song tackled the then-political corruption in Central and South America. Guitarist Ronnie Wood described it as “just me, Mick and Charlie [Watts]…”

“[We] took it up into some wonderful adventures with all these different changes,” he added. “There was a great percussive and acoustic version, which is the kind of song it should be. The final polished, glossed-up version may have been Mick’s vision of the song.”

Watts’ performance was glorious from start to end. The band also played this during an appearance on the Ed Sullivan Show on February 13, 1966.