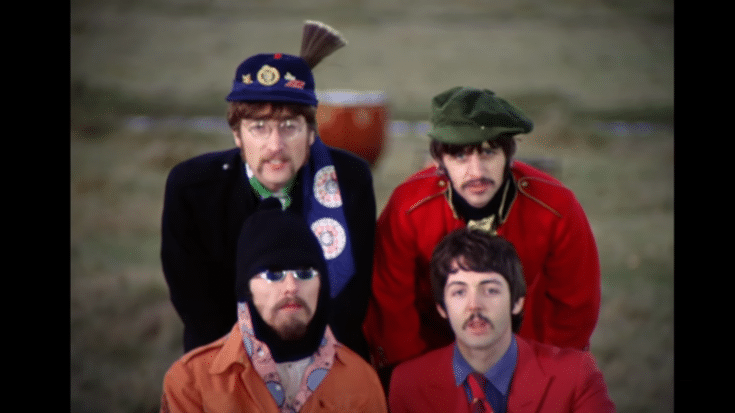 “Strawberry Fields Forever” was influential in the development of psychedelic music. John Lennon once said that it was his finest work during his time with The Beatles and so after his death, a part of New York’s Central Park was named after it.

Here are ten interesting facts about this timeless classic.

1. John Lennon drew inspiration from his childhood for the lyrics. As a child, he played at a Salvation Army children’s home in Liverpool called Strawberry Field. According to Paul McCartney, “It was a secret garden. John’s memory of it wasn’t to do with the fact that it was a Salvation Army home; that was up at the house. There was a wall you could bunk over and it was a rather wild garden, it wasn’t manicured at all, so it was easy to hide in.”

2. The first version was heard as early as September 1966 while John Lennon was filming “How I Won the War” in Spain. It was co-star Michael Crawford first heard the tune as Lennon worked out the melodies. He said, “He [John] was sitting on the end of the bed composing Strawberry Fields and he’s saying to me ‘Do you think that sounds right?’ and I’m trying to act all casual like ‘Oh, yeah John, I wouldn’t change a note’.”

3. It’s one of the few songs where John wrote from his own experience.

4. After they decided to retire from touring, The Beatles decided they could now make music which doesn’t need to be replicated perfectly in a live setting. And so they took full advantage of the technology available at the time when they recorded this.

6. It’s one of their most complex recordings. Producer George Martin spent 55 hours completing it. Lennon told Martin he wanted to combine two versions – the “original, lighter” take and “the intense, scored version”. Martin revealed, “He [John] said, ‘Why don’t you join the beginning of the first one to the end of the second one?’
‘There are two things against it,’ I replied. ‘They are in different keys and different tempos. Apart from that, fine.’ ‘Well,’ he said, ‘you can fix it!’” It took a while but Martin figured out how to do it.

7. They made promotional films. Directed by Peter Goldmann and produced by Tony Bramwell, it was filmed on January 30 and 31, 1967 at Knole Park in Sevenoaks, Kent. They also shot “Penny Lane” in the same location a few days later.

8. While filming, Lennon found inspiration for another song “Being for the Benefit of Mr. Kite!” when he saw and bought a 19th-century circus poster. He explained, “Everything from the song is from that poster except the horse wasn’t called Henry.”

9. George Martin regretted his decision to make a double-A side album of “Strawberry Fields Forever” and “Penny Lane”. He admitted, “The idea of a double A side came from me and Brian, really. Brian was desperate to recover popularity, and so we wanted to make sure that we had a marvellous seller. He came to me and said, ‘I must have a really great single. What have you got?’ I said, ‘Well, I’ve got three tracks – and two of them are the best tracks they’ve ever made. We could put the two together and make a smashing single.’ We did, and it was a smashing single – but it was also a dreadful mistake. We would have sold far more and got higher up in the charts if we had issued one of those with, say, ‘When I’m Sixty-Four’ on the back.”

10. It added to the “Paul is dead” conspiracy theory. A lot of people claim that Lennon says “I buried Paul” at the end but he’s actually saying, “Cranberry sauce.”